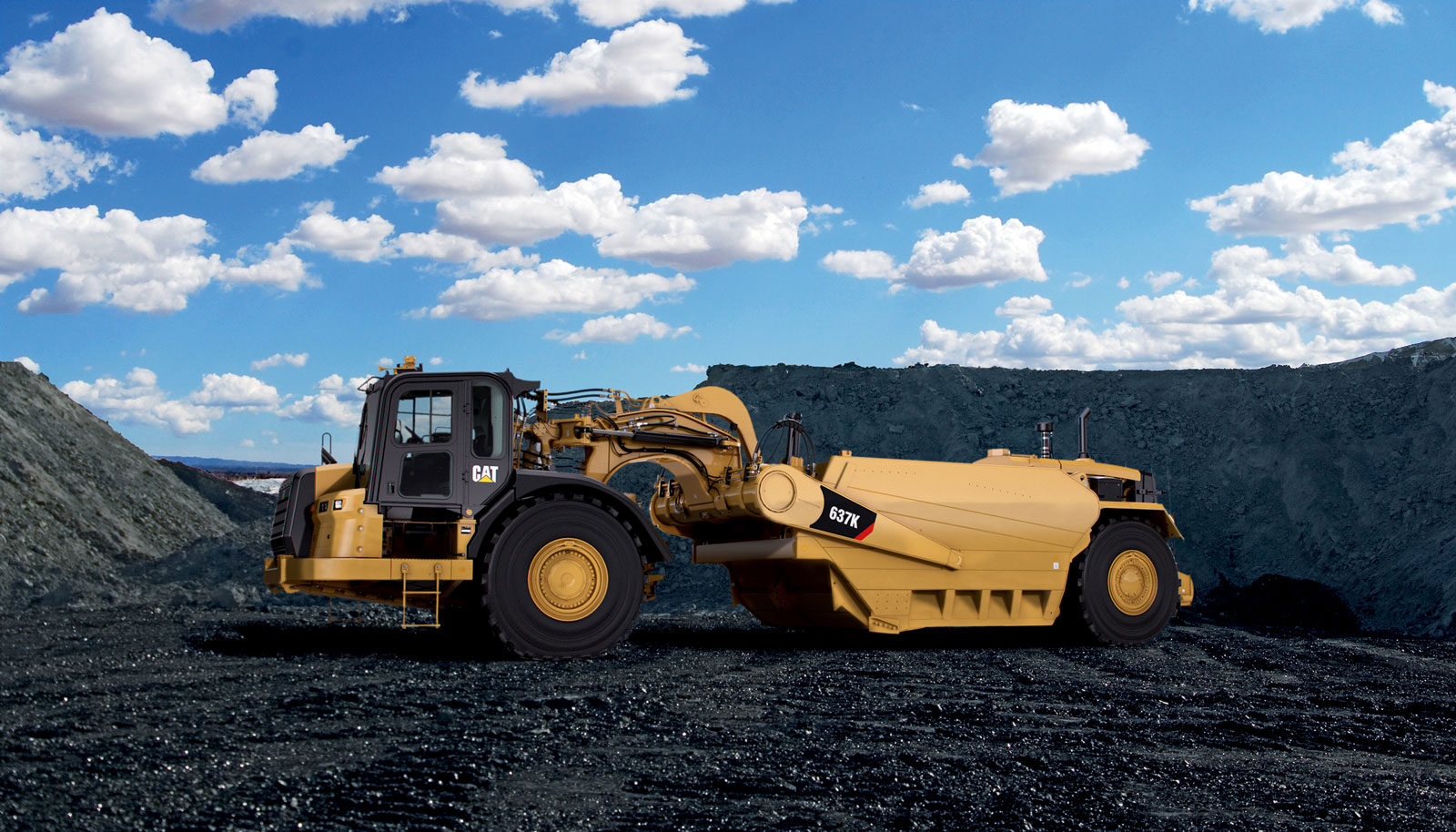 The 630K Wheel-Tractor Scrapers, introduced in 2016 as a full upgrade to the 630G line of scrapers, realized many improvements over the previous machine. Although bowl capacity remained the same over the G series, the new K machines improved productivity up to 12%.

Numerous improvements were made to the cab, with operator productivity in mind. The cab also offers improved visibility over G Series machines while the machines’ new seat suspension and high pressure steering allow for easier operation.

Redesign of the 630K Series models also includes a number of features developed for other Cat K Series models: the Advanced Cushion Hitch uses new software to dampen end-of-stroke movement of the load cylinder for a smoother ride; hydraulic-system refinement simplifies the bowl quick-drop function; and draft-arm-overflow guards divert material away from the sides of the bowl.

The integrated technology on the 630K series pushes these machines to all new levels of productivity. Of the newly integrated features, one of the most notable is Sequence Assist, which automates up to 14 processes the operator would run during each cycle. Although the transmission remained the same, the K series integrates new Anti-Stall, Machine-Speed Limiter, and Ground Speed Control features. A feature designed with inexperienced operators in mind is Load Assist which controls the cutting edge during the loading process.

Produced as a precision scale replica from die-cast in 2017, limited quantities of this model remain in each configuration. For more information on each version, or to place an order for one of these models, please click on the respective links below. Don’t miss your opportunity to add one, or all, of these impressive earthmoving machines to your scale model collection!