We are excited to announce our newest die-cast Caterpillar models, the 651B, 657B, and 657B/666B Wheel Tractor-Scrapers. These will be made in precision 1:48 scale and will be just over 12.5” long, 3.5” wide, and nearly 3.5” tall. Over 50 individually die-cast parts make up each model, accurately replicating these legendary machines. 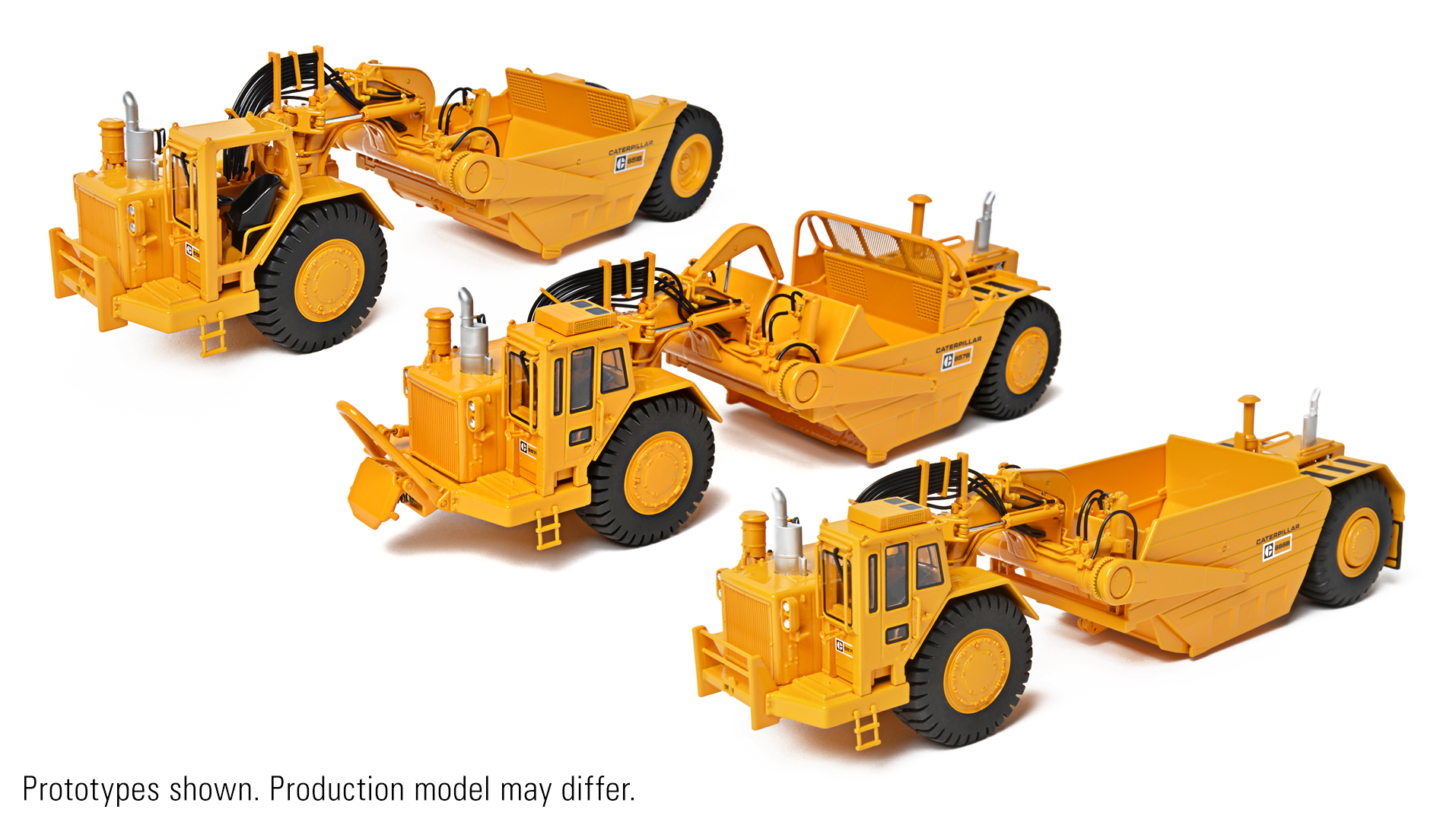 In response to huge domestic earth moving opportunities, Caterpillar introduced seven new scrapers in 1962. Three of those scrapers were two-axle designs, which remains the basis for their current product line-up. This included the 651 and 657 which were later upgraded to the “B” series in 1968. At the time of these introductions, these machines were some of the most powerful and sophisticated scrapers available. Given the thousands of miles of interstate highway to be constructed and a growing population needing housing and infrastructure, the 651B and 657B was a perfect match to market needs. These machines are huge (over 50 feet long and 14 feet high) and the newly developed power-shift transmission set an unmatched bar for moving dirt.

To fulfill numerous requests from its dealer network for a high-capacity wheel-tractor scraper specific to the needs of their power plant customers, Caterpillar also offered an uncatalogued, special-order only scraper model specifically targeted for coal stockpiling applications. This was accomplished by combining the single axle tractor from the 657 and the powered rear scraper section of the 666. This combination provided customers with a coal hauling capacity in excess of 70-cubic-yards when heaped in its modified bowl. Changes to the rear 666 scraper unit included extended side panels, a taller front apron, a redesigned ejector, and full rear fenders making it ideal for handling the coal at high volumes. The first 657/666 Coal scraper was produced in 1967 and was continued in very limited numbers with 657B/666B models. By 1975, this special build machine was replaced by the 657B Coal Scraper which featured a new rear scraper unit design with a bowl that was longer and taller than a standard 657B scraper.

These models will be packaged in a collector’s box and include an individually serial-numbered machine specifications brochure to certify authenticity.