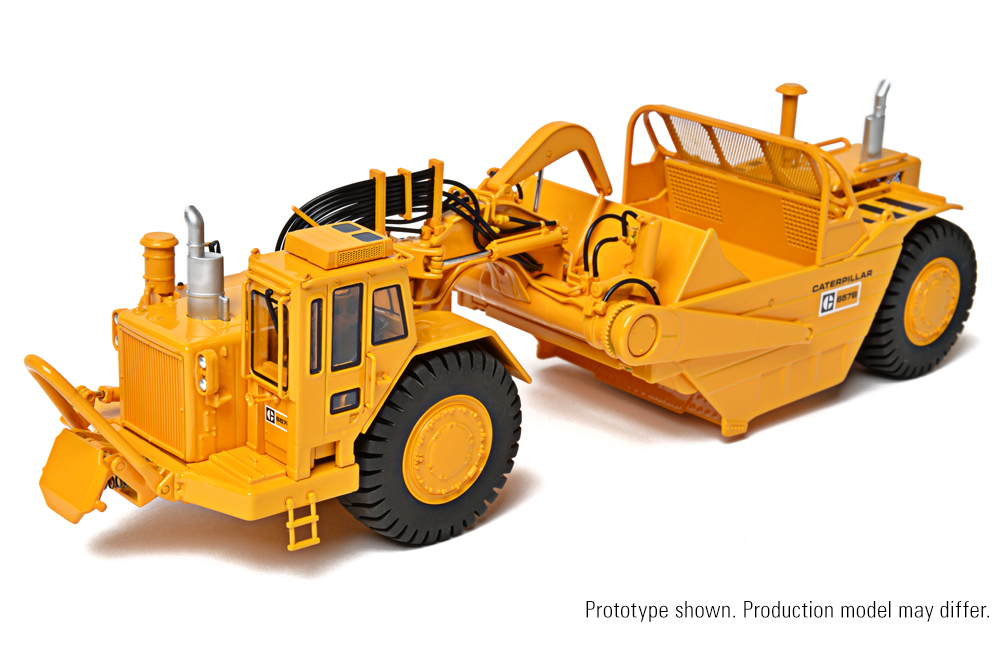 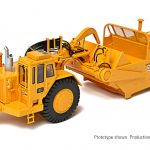 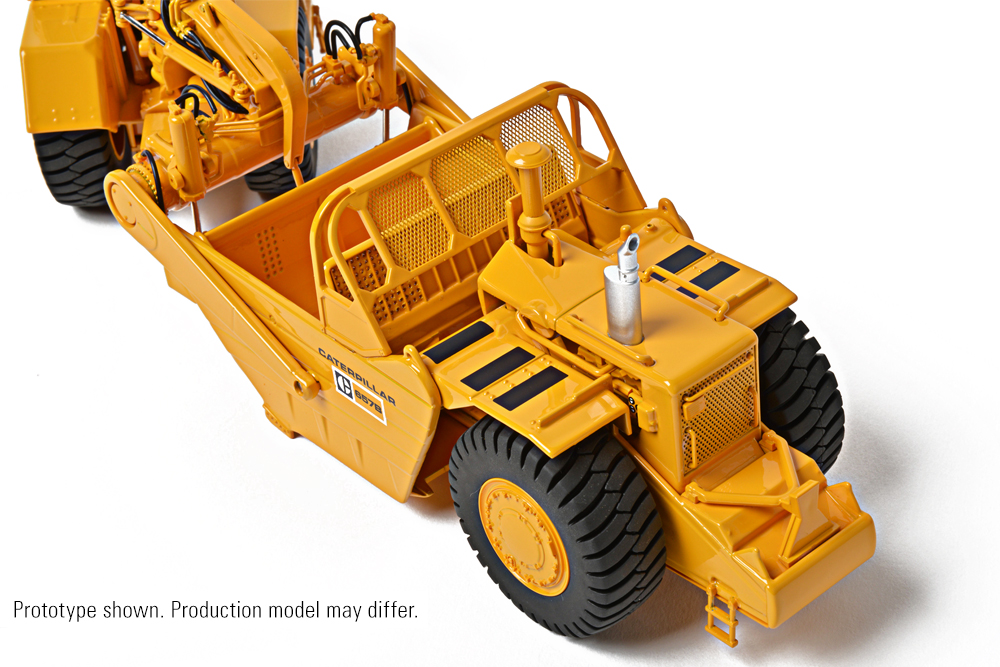 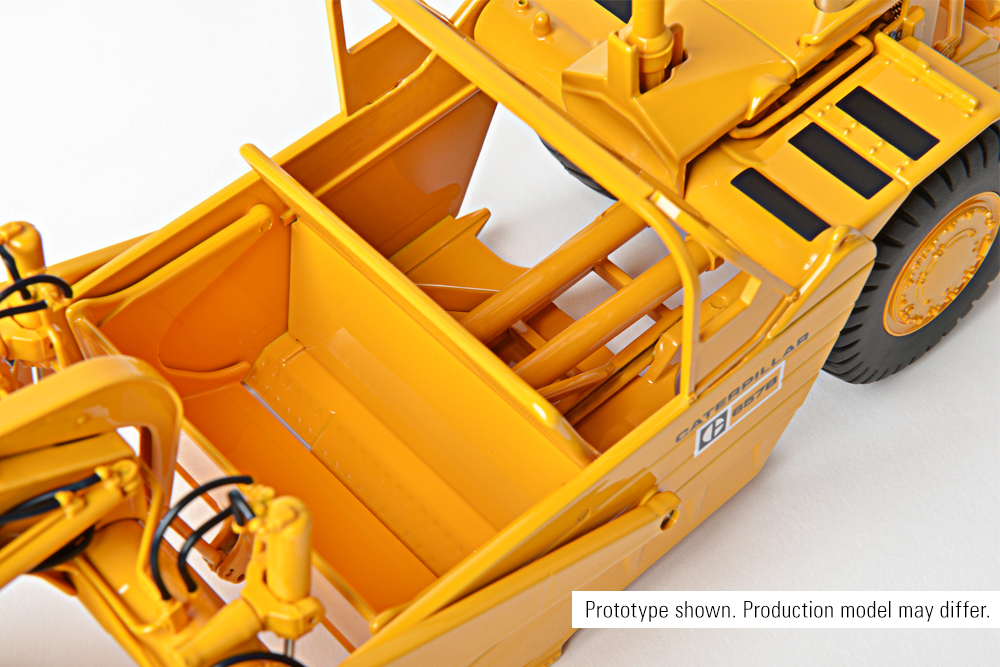 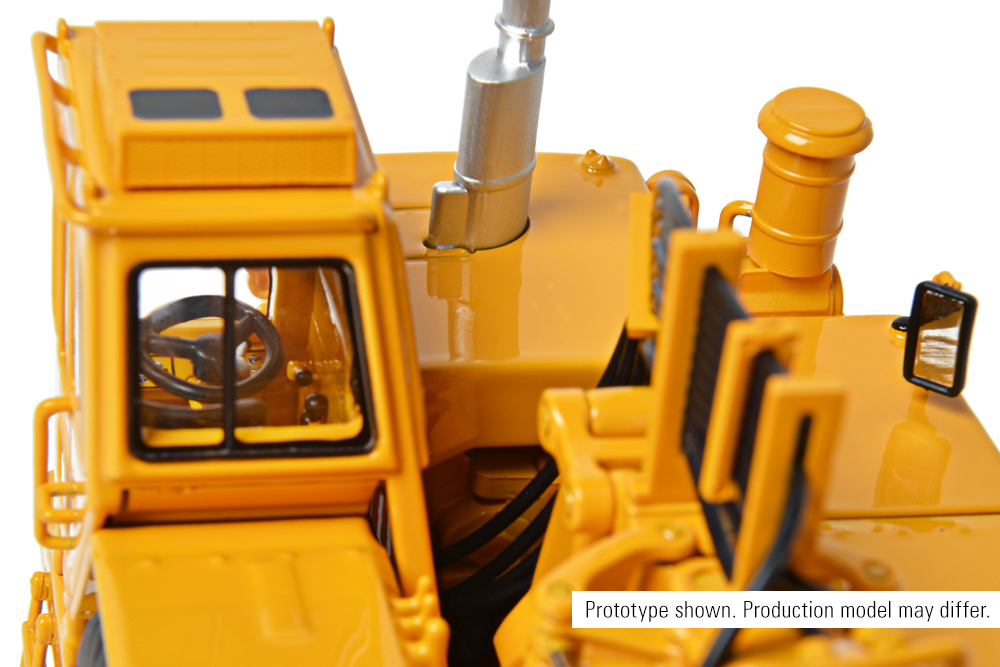 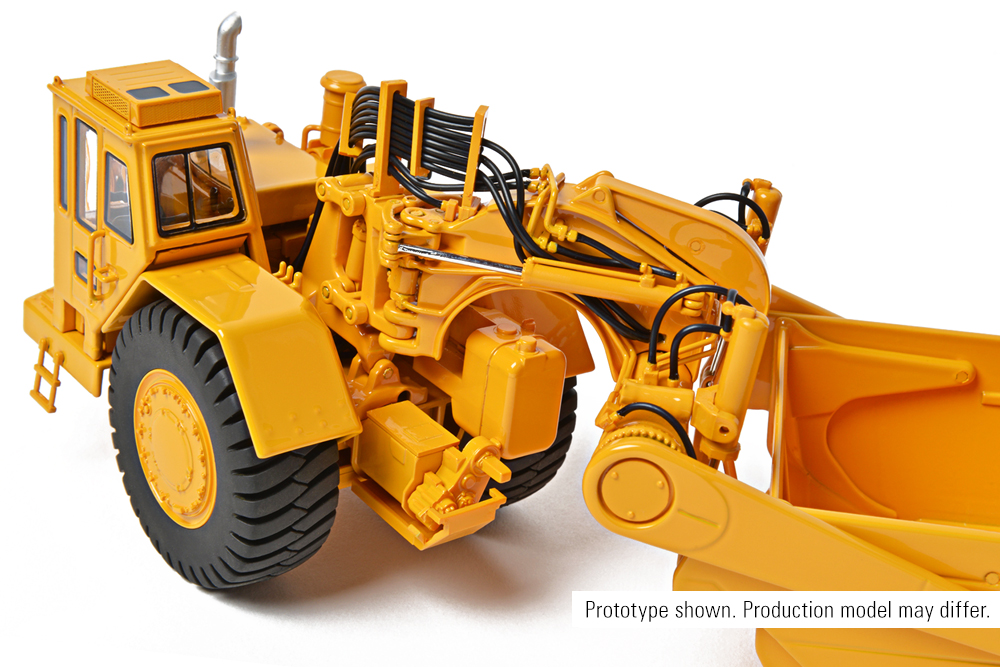 One of the largest of the seven new scrapers offered by Caterpillar in 1962 was the 657 – a two axle, two engine machine that met the market’s need for high volume earth moving. At the time of its launch, this machine was one of the most powerful and sophisticated twin engine scrapers available.

With the introduction of their newly developed Power Shift semi-automatic transmissions, Cat was able add a power unit at the rear of the scraper and synchronize the speed and torque to all four wheels. These transmissions were used in the 657, which was upgraded to the 657B in 1968. The synchronization of the 950 hp, along with the improved traction, allowed it to climb steeper elevations, dig deeper and fill its bowl faster without the assistance of a push tractor.

At over 51 feet long and 14 feet high, these machines are huge. With 550 hp in front and another 400 hp in the rear, they are capable of making more than 30 mph. With the addition of the “push-pull” version of this machine in 1969, Caterpillar was able to offer owners even higher production rates based on the capability of a tandem pair of 657B scrapers to put 1900 hp to the cutting edge of the bowl on one machine.