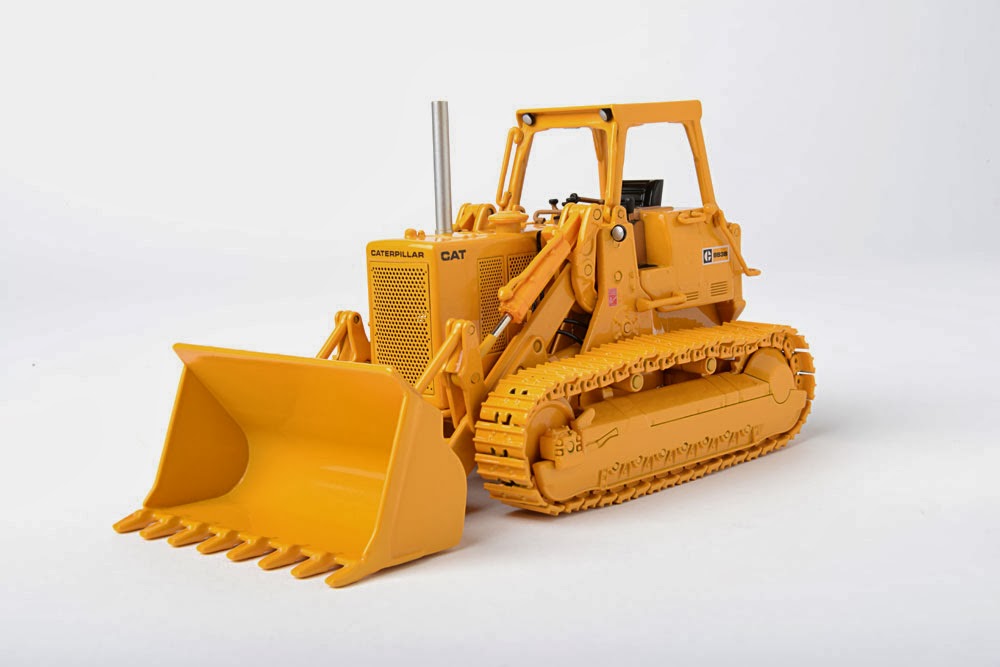 Introduced in 1978 as a replacement to the 983, the largest track loader produced by Caterpillar® at the time, the 983B Track-Type Loader featured a 3406 diesel engine producing 275 HP at the flywheel.  Weighing in at an impressive 78,530 lbs. and equipped with a single-lever power shift transmission, the 983B was capable of top forward speeds of 7 MPH and reverse speeds of up to 8 MPH.  The 983B featured pedal steering, leaving the operator’s hands free for transmission and loader control.  An automatic bucket control system allowed the 4.5 cubic yard bucket to rise to a pre-set dumping height and return to a pre-set digging angle for fast cycle times. 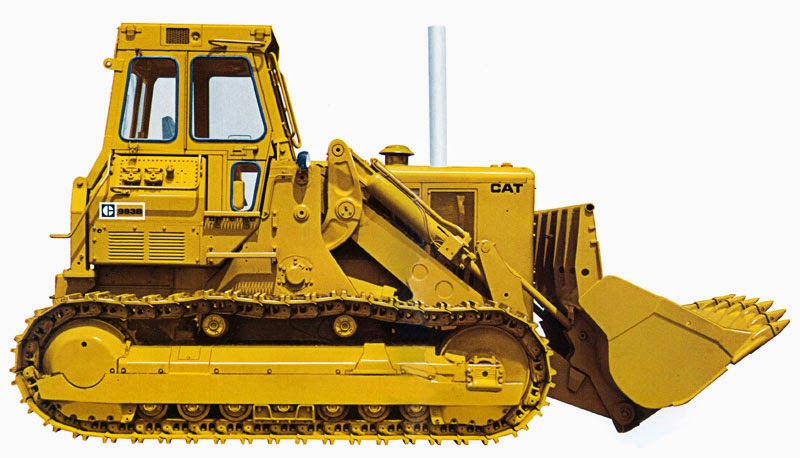 We chose to replicate the 983B because of the unique history of this machine.  The Trackson Company of Milwaukee, WI began producing an innovative, cable-driven shovel lifting system for digging or excavating and sold them for mounting to Caterpillar tractors in 1936.  Recognizing the value of these devices, Caterpillar began offering the “Trackson shovel” option on their Caterpillar Thirty in 1937.  During the 40’s, this machine was dubbed the “Traxcavator”, a name which followed the machine until the introduction of the 983B. 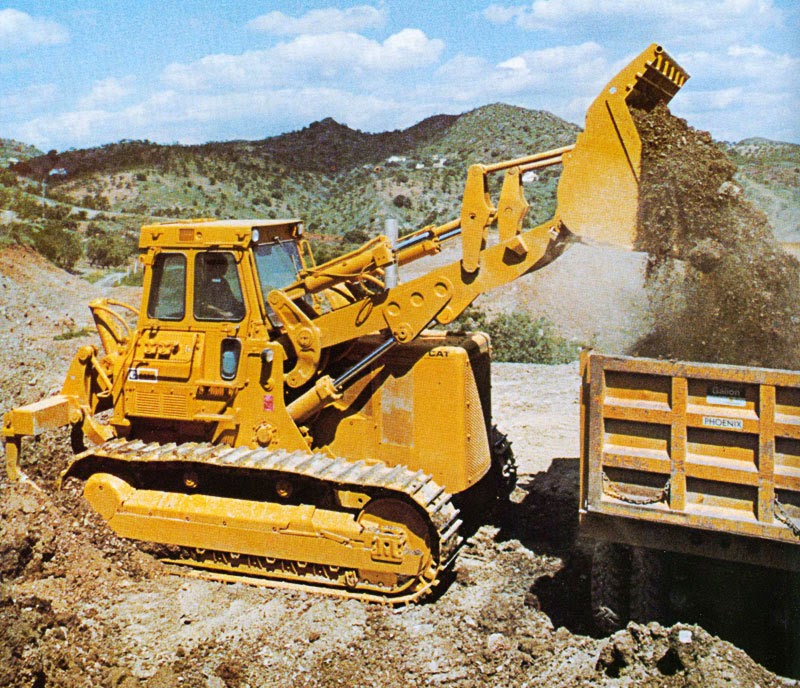 Details visible on the 1:48 scale, diecast reproduction of the 983B include an accurately replicated operator cab with control levers, foot pedals, and a comprehensive instrumentation panel as well as foot, hand and safety rails.  Functioning track tensioners as well as free-rolling sprockets and rollers hold the individually linked metal tracks, while the bucket and lift arms match the motions of the real machine 1 to 1.  Finishing details such as realistic hydraulic lines, accurate paint, and markings bring this miniature to lifelike quality. 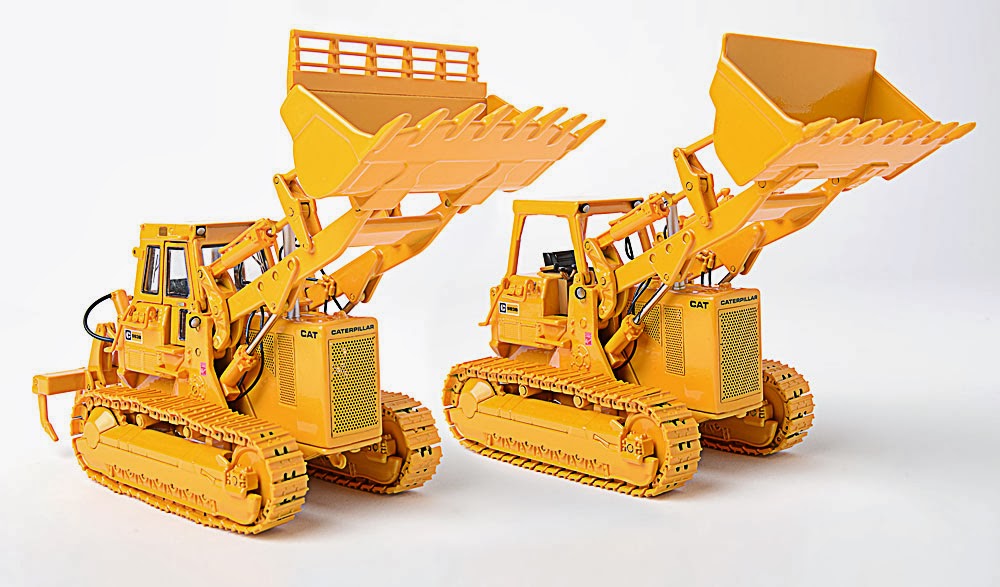 In 2014, CCM produced a limited run of 783 standard versions of the 983B with open ROPS, alongside the 983 produced with a ripper and closed ROPS configuration.  With the Ripper/ closed ROPS version completely sold out, and less than 60 remaining of the standard version, you don’t want to miss out on your chance to add the memorable 983B to your collection!