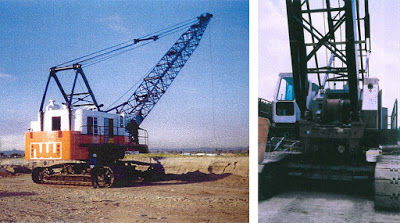 The 190D dragline manufactured by Northwest Engineering (NWE) of Green Bay, Wisconsin, was the machine many companies have turned to for clearing overburden from valuable deposits such as coal and iron ore. This configuration included a Hendrix five-yard bucket to move loose material efficiently, allow other workers to access the rich deposits. The 190D also came with a clamshell option for precise loading of the commodities onto trucks, trains, or barges and it was more suitable for deep vertical applications.  Many of NWE’s cranes were extensively used in the construction of highways and railways during the middle of the 20th century.

The cab was excellent when it came to comfort and productivity. The operator utilized finger-tip controls, and was well isolated from exterior noise. An adjustable bucket seat decreased vibration and allowed longer working time. Tinted windows reduced light and heat, while air conditioning was an available option. 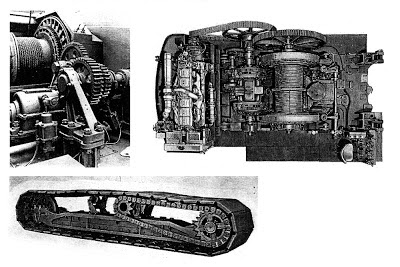 The dragline came standard with heavy-duty swing clutches, which allowed the boom and bucket to move smoothly, rather than the jerking motion that is inherent in other clutches. Heat dissipation is one of the keys to continuous clutch operation, and the 190D design excelled at this because the driving elements pulled air through the clutch by constantly rotating.

The 190D had many other impressive features. Its independent boom hoist used its own uniform pressure disc clutches and operated separate of all other machine functions. It also came standard with a 60’ alloy steel boom for light weight and maximum strength. The revolving fairlead increased cable life with two fully-housed roller bearings to keep dirt out of their lubrication. Additional 190D options included a third drum equipped with its own air actuated pressure clutch, and power load lowering allowing even the heaviest loads to be moved into a specific position.