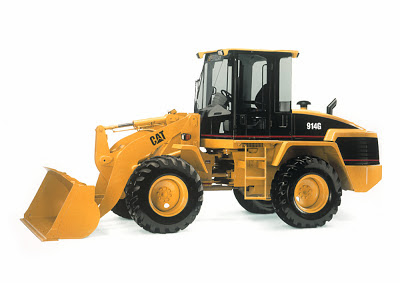 When Caterpillar introduced the 914G wheel loader in 1995, it did much more than just update an older machine. The 914G represented a totally new concept in wheel loaders at the time and was one of the first Cat machines designed using virtual reality computer technology, shortening the production from seven years down to three. So significant was the design that Caterpillar had it patented. Program manager Jeff Griffith said at the time, “from the ground up, the 914G is a new machine, the only thing that stayed the same was the color.”

Key features of the 914G’s design included a hydrostatic drive transmission, spacious cab with 67% more glass than previous designs for enhanced visibility, and a Cat 3054T diesel engine transversely mounted at the rear of the machine to provide better balance and easier access to the engine compartment.

The 914G was available in a standard wheel loader configuration or as an integrated tool carrier, the IT14G, featuring an integrated quick coupler that allowed easy changes from a bucket to forks or one of many other attachments that would increase productivity.

The most interesting aspects of the 914G was the product development. Design engineers used 3-dimensional software models of the machine’s cab interior to evaluate multiple designs without having to build prototypes, saving significant time and money. With the aid of “virtual dirt” the engineers were better able to simulate ripping, digging, and dumping in different soil types, and design the most efficient configurations for the machine. 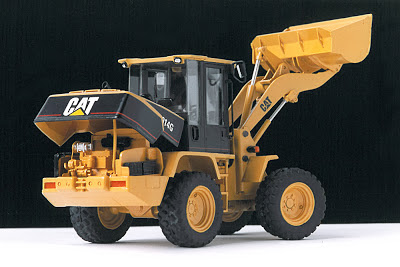 In 1997, we introduced the 914G as our first 1:48 scale model. The size was ideal for our collectors because it allowed plenty of detail while fitting nicely on a shelf.

“We chose to produce a model of the 914G because it is the first wheel loader in Cat’s new G series,” said CCM’s former president, Bob Peterson. “We recognized Caterpillar felt the design of the 914G was important enough to warrant a patent, so our goal was to create a model that was equally unique.”

The exceptional quality of the 914G model so impressed Caterpillar that the first ten replicas produced were given to executives in the company as commemorative gifts.

With detail as impressive as its true-life counterpart, our all-brass 914G model had windshield wipers, “cornerless” windows, rubber tires, working hydraulic cylinders, muffler, turn signals, an AC compressor and drive belt, and authentic Caterpillar markings. The model’s detail showcased the creature comforts of the ergonomically-designed 914G cab, complete down to the miniature rearview mirrors. All was was fully articulated and hand-assembled from more than 250 parts.

Only 300 of these models were made. Each came with certificate of authenticity and were individually serial numbered. Originally priced at $359.95, the rarity and quality have allowed them to hold their value over time. 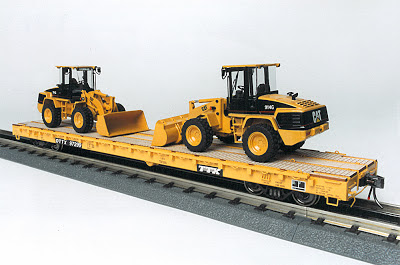