The mechanical drive Cat® 797 was brought to life in late September of 1998.  Massive only begins to describe this giant mining truck, which was designed to carry payloads in excess of 360-tons.  With only a light load in transit, this legendary truck outweighs a Boeing 747. 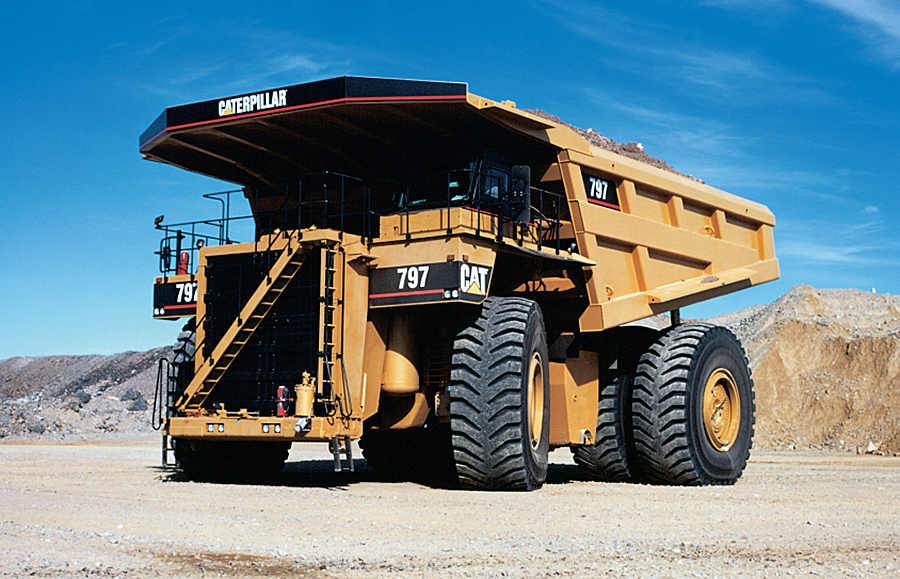 The mind-blowing nature of the specifications has no end, tires nearly 13 feet in diameter, 63-inch diameter wheels, 42 inch diameter brake discs, 30-foot width, and over 21 feet to the top of the cab.  Fully loaded, the 797 is capable of top speeds up to 40 miles per hour. 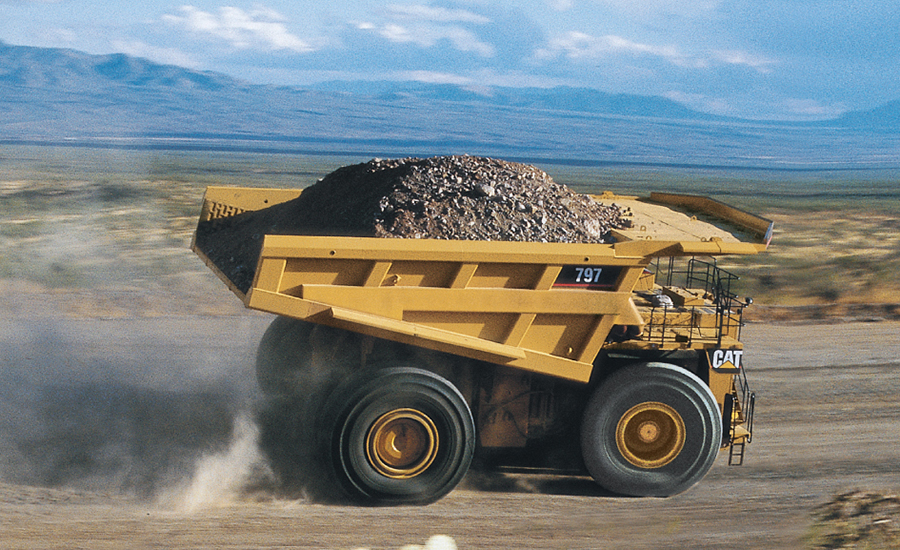 With a fully loaded weight of 670 tons, it takes a substantial amount of power to move this vehicle and payload.  Two Cat 3512 engines were arranged in an “in-line” configuration and attached by flexible couplings.  This package became known as the 3524B EUI diesel with a total of 24 cylinders, 117 liters, producing 3211 flywheel horsepower (3400 gross) at 1750 rpm.  It is four-stroke, turbocharged, aftercooled, and has a torque rating of 12,170 foot-lbs.  Standard fuel capacity is 1000 gallons. Higher volume options are available though as a typical working day requires around 1500 gallons of diesel. 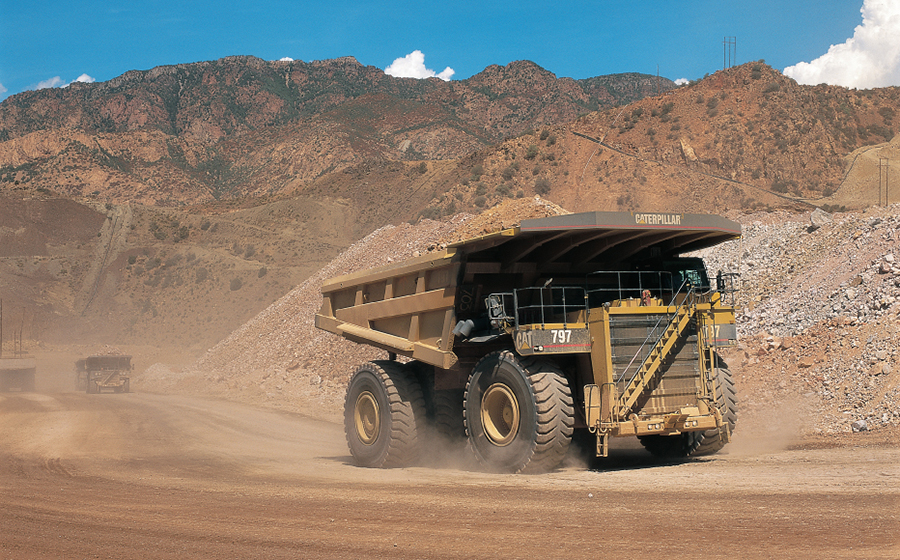 Seven state of the art computer systems were included to both control and monitor mission critical functions of the machine.  Perhaps the most critical is the VIMS (Vital Information Management System) which keeps the operator up to speed on precise machine status data.  This same system is present on many other larger Cat vehicles. 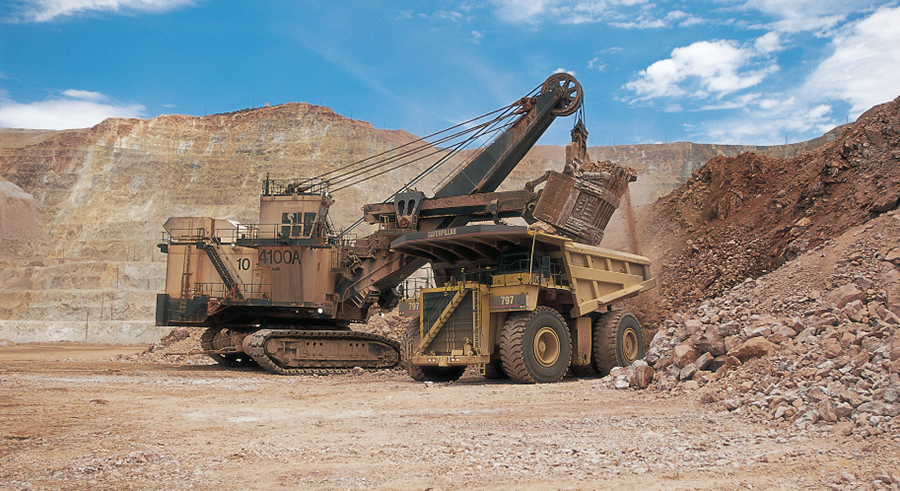 Production of the 797 continued until 2002 when Caterpillar® released the 797B with an increase in power output of the Cat 3524B engine to account for the higher payload capacity of this updated machine.  The 797F was introduced in 2009 and replaced the 797B with an even more powerful and efficient C175-20 engine, realizing an additional increase in payload capacity of up to 400 short tons.