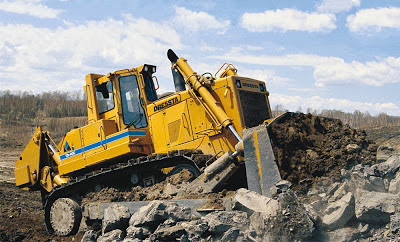 Dresser Industries began in the oil fields of Pennsylvania in 1880, and over the years acquired various other oil and construction related companies. In 1982 the company obtained the construction equipment division of International Harvester and its well-respected line of crawler tractors.

One of these tractors was the TD-40. In development since the late 1970s, the TD-40 weighed over 67 tons when fully outfitted, and its Cummins diesel engine thundered out 460 horsepower. It was the largest International Harvester tractor at the time, then sold under the Dresser name. 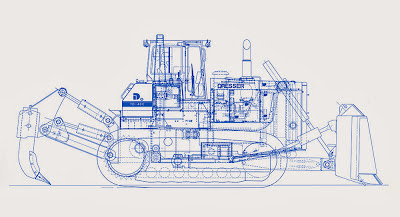 The TD-40 was further developed into the TD-40B series and later into the TD-40C in 1997. At this point the TD-40C Crawler Tractor had reached 520 flywheel horsepower with its Cummins QSK19, 6-cylinder, turbocharged diesel engine, and topped out at 67.6 tons with standard equipment.

Even as the Dresser line of construction equipment switched hands a number of times, to Komatsu and finally to LiuGong under the Dressta Co. name, the TD-40 series continues as the star in their lineup of machines. 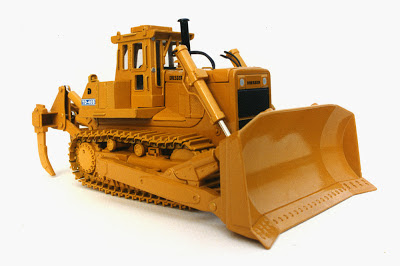 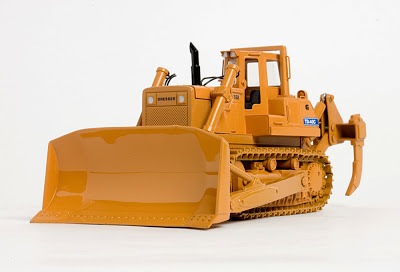 In 1995 we saw the TD-40B Crawler Tractor as the perfect construction machine to release as our very first diecast model. Until then, we had only produced high-end brass replicas, and the diecast process allowed us to offer collectors something in a different price range, while adhering to our standards of precision and quality.

The B variation being a soldout success, we produced a model of the TD-40C Crawler Tractor the following year and it proved just as popular. At the time, these were the first scale models of these machines ever made.

One thought on “Dresser Tractors and CCM’s First Diecast Model”