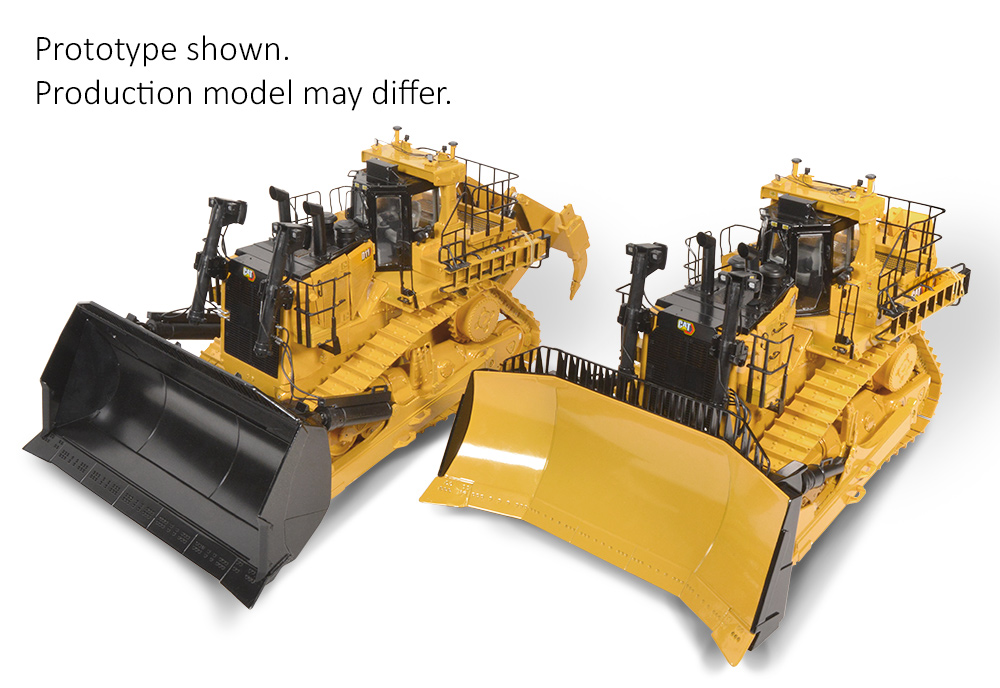 We are pleased to inform our collectors that shipments of the 1:24 Cat® D11 have resumed, and we wanted to take this opportunity to update everyone as to what we determined during our investigation.

Once the damages had been identified as more than a few isolated cases, we decided to change how the models were secured inside their packaging. Over 200 models were opened by CCM for repackaging, and it is important to note that not one of the zip ties had been cut, broken, or otherwise not functioning as designed.

In order to determine how the damage was being caused to the models during transport, we drop tested 3 models from waist height and analyzed the results. Here is a quick summary of what we found. Dropping the models in the gift box only, without the shipping box with Styrofoam corners, from waist height broke all of the nylon ties except for the tie securing the blade. This tie is reinforced with a block of Styrofoam which is held in place by the lid. Similar results were seen on the second test, which utilized air pads in between the shipping and collector box.

The results from our drop test indicate that these models were improperly handled during transit by our shipping provider, UPS. Despite paying a premium for specialized handling of these packages, we fear that the initial requirement of a palletized shipment during the Christmas season may have caused the drivers to use less care when handling these models.

Suspecting that inferior ties were used, we sourced local 120 lb. tensile strength ties, which suffered the same damage as those that were originally used to secure the model. CCM designed this package to prevent contact between the packaging and details on the extremities of the model, but was entirely dependent upon the zip ties holding it in place.

Once the zip ties have broken, the tractor is able to pivot away from the blade which is still secured in the packaging. If the model is then placed on it’s top or side, this allows the blade arm rods to separate from their housing. Once this has happened, the tractor is loose inside the box which causes further damage, such as bent or broken handrails and damage to hydraulic lines.

It is important to note that during the production phase, sample models were shipped individually from China with no damage before being inspected and shipped to Caterpillar Licensing, again with no damage to the models during transit.

The solution that we identified included securing the remaining models inside their packaging using high-strength paracord. This has allowed enough flexibility to prevent the zip ties from breaking, but strong enough to ensure the model remains in place during transit.