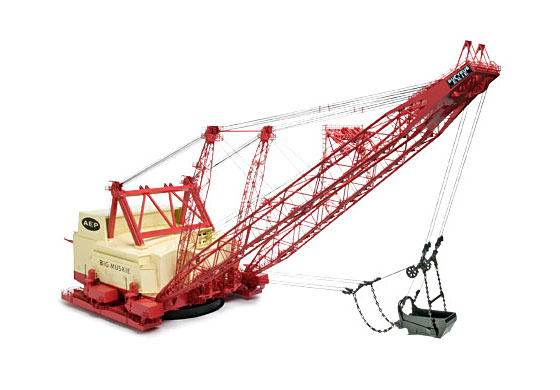 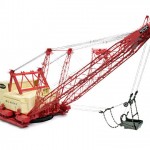 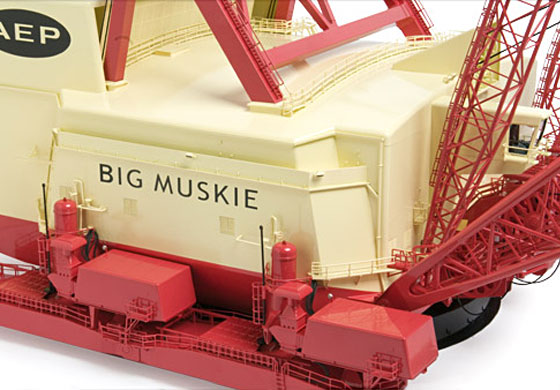 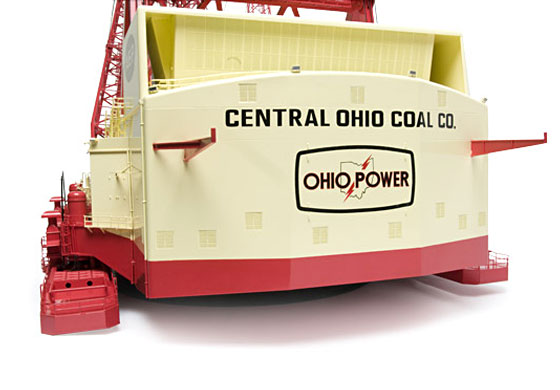 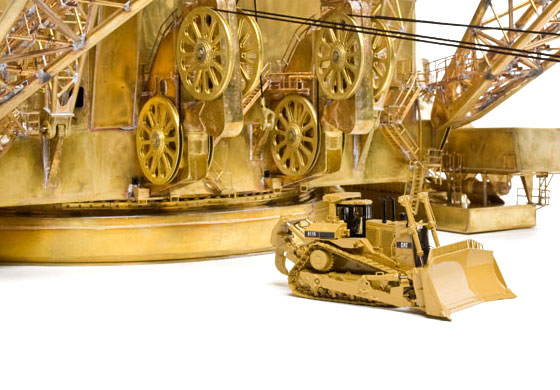 Although the machine had long since been melted down leaving only the bucket as a tribute, under the prodding of many of its best customers CCM decided to move forward with a model that would allow for an appreciation of the machine that perspective photos could never achieve.  At 5 feet long, this replica of the Big Muskie is one of the most detailed mining models ever built at 1:87 scale.  This is partially due to the size of the machine but in large it is tribute to the extra effort put forth to recreate all of the hidden details of this incredible machine.

Individual ventilation grates, access doors, walking feet hydraulic lines and valves and maintenance walkways top off the details that can be found on the house of the model.  Tipping the scales with 49 pounds of hand formed brass, CCM is proud to have created this model and given the machine a new life that can be appreciated for generations to come.

When Central Ohio Coal Company, a division of American Electric Power (AEP), assessed the operating needs of their Muskingum mine in the mid-1960’s, they determined a dragline unprecedented in size was necessary to keep pace with the increasing demand for coal.  To achieve the production they required, AEP commissioned Bucyrus-Erie to engineer and build this phenomenal machine.

After two years of engineering development, three years of construction and roughly 200,000 man hours, the Big Muskie went into service in 1969 at an estimated price of 25 million dollars.  At 459’ long (487’6” boomed down), 222’ tall and 151’ wide, this 27 million pound machine could move the equivalent of two Greyhound buses in one pass, cover an eight lane freeway for a parking spot and span the length of a football field with its 310’ boom.

The Big Muskie, so named for the mine where it spent its working life, drew 13,800 volts of electricity to create 62,600 peak horsepower which it used to move a 220 cubic yard, 325 ton capacity bucket.  During her life she moved more than 600 million cubic yards of overburden before she was parked in 1991 due to dwindling demands in the coal markets.  In comparison, 300 million cubic yards of material were moved to clear the Panama Canal.

In 1999, to the dismay of many enthusiasts, the Big Muskie was sent to the scrap yard.  Her giant bucket remains as one of the few tributes to one of the most significant earth moving machines ever built.