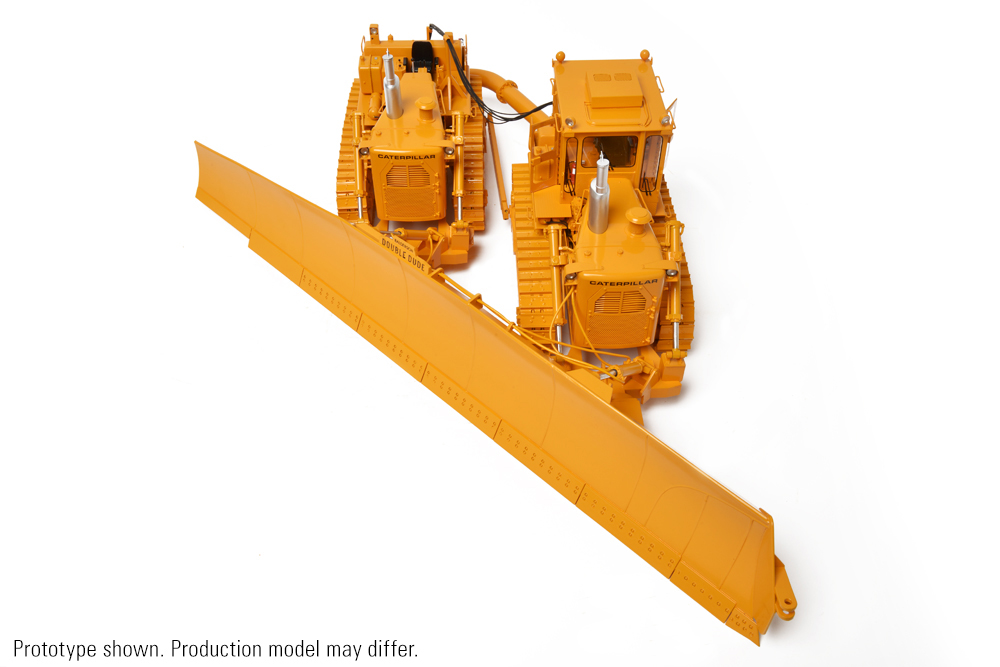 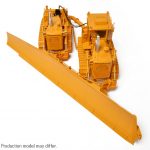 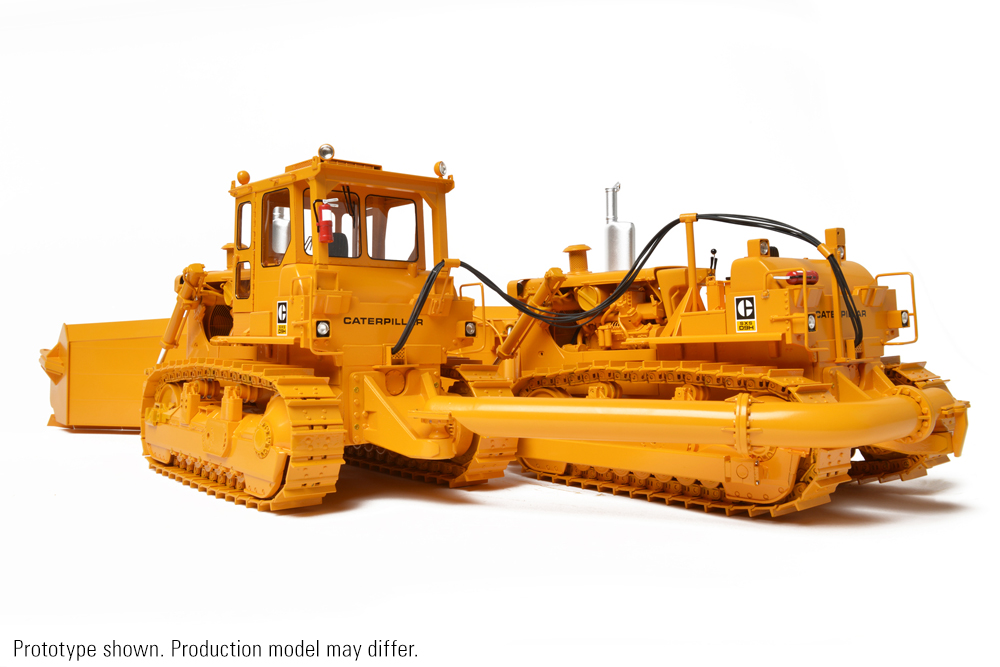 Created in a strictly limited, one-time edition of 25 pieces, each model we are producing of these one-of-a-kind machines is painstakingly hand-crafted from hundreds of individually investment cast, etched and formed brass components.

The general overall drawings we used to craft this model were created after we spent countless hours measuring and photographing a D9 to ensure that details as small as the louvers on the grill were properly angled and accurately tapered on the ends.  In the general scheme of construction, castings on the real machine are investment castings on the model, and all the sheet metal is realized from varying thicknesses of sheet brass.

The namesake of this “Double Dude” model is, of course, the fully articulating, true-to-scale, Balderson BRAP-48 Reclamation Blade which measures more than 24” wide.  Of note are the C-frame brackets detailed with lift eyes between the blade and the tractors as well as the detailing of the multiple cutting edges, end bit and wings.  Two ears at the end of the blade that created a third dozer tow point is just one example of the extraordinary level of detail on this model.

At the rear, the 16” diameter tubular tie bar extension between the two tractors has been replicated using investment cast yoke-and-ball joints and bolt up flanges soldered to brass tubing.  A box construction diagonal brace with trunnion balls completes the connection between the track roller frames.

Cab details include opening doors with functioning latches and a fully detailed A/C unit that is complete with condenser and coolant lines.  A close up inspection of the inside of the cab will reveal control levers, pedals, and comprehensive instrumentation.

Hydraulic tubes and hoses, along with often overlooked items such as fire bottles, are perfectly replicated on this model of the “Double Dude.”

Another notable area of superb detailing is in the engine compartment where the fuel pump, fuel lines, generator, fan belts and oil cooling line for the turbocharger are visible.

Each one of these incredible models is hand-painted in period correct colors with warning labels providing the finishing details – all of which has been approved by the manufacturer for accuracy.

These brass masterpieces are all individually serial numbered and will come with a signed certificate of authenticity.

In the late 1970’s, the US Bureau of Mines undertook the evaluation of a number of techniques that could reduce the cost of surface mining reclamation.  One of their projects involved mounting a custom-built Balderson angle blade – that was just under 49 feet wide – with a tractor alignment system on two Caterpillar D9H dozers.

A tubular tie bar was used at the rear of the two Cat tractors along with a diagonal brace between them to help ensure they were always working in tandem.  Air controls were run from the lead tractor to the trailing tractor which granted a single operator control of both machines and the blade from a single location.

With 820 horsepower from the twin Cat tractors pushing it, this BRAP-48 Land Reclamation Angle Blade weighed over 27,000 lbs. and was offset 132” to create an optimum 45° blade angle.  Quickly dubbed the “Double Dude,” it held the Guinness World Record for the largest tractor U-blade ever built at the time.  Its capacity to move in excess of 14,000 cubic yards of reclaimed soil per hour is even more impressive when you consider a D11 is capable of approximately 5,000 cubic yards per hour.

Using the two D9H tractors with the Balderson blade proved to be effective as the Double Dude reduced earth moving costs an average of 30-40% when compared to two single tractors.  Associated labor costs were reduced as well as only one person was required to operate the Double Dude.

The introduction of the D10 by Caterpillar moved the cost advantage back to single tractors, but no machine has yet equaled the production of this very unique combination of tractors and blade. 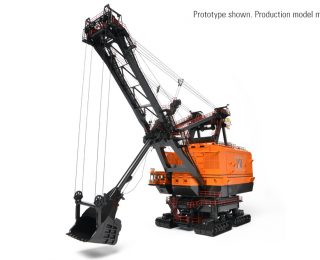 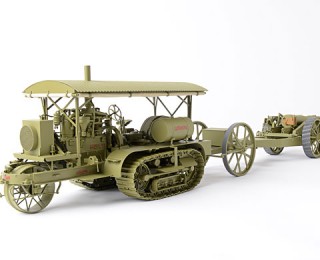