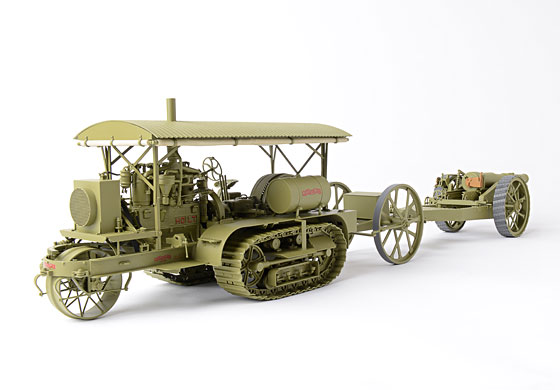 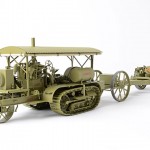 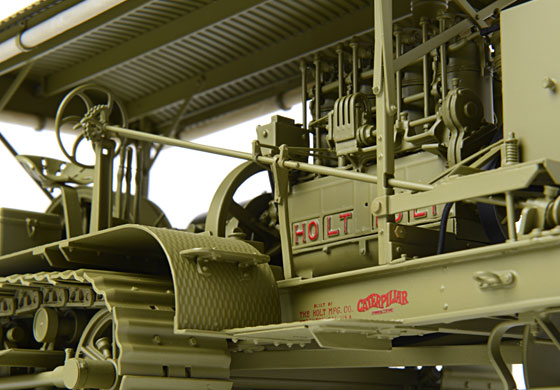 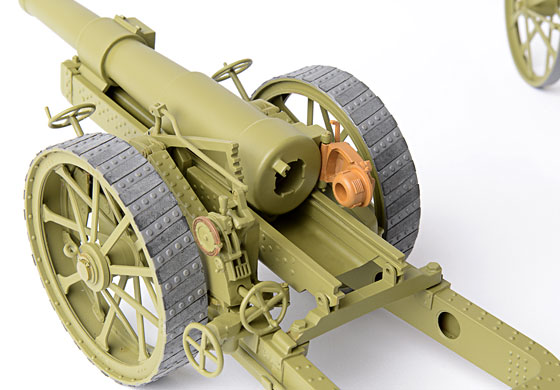 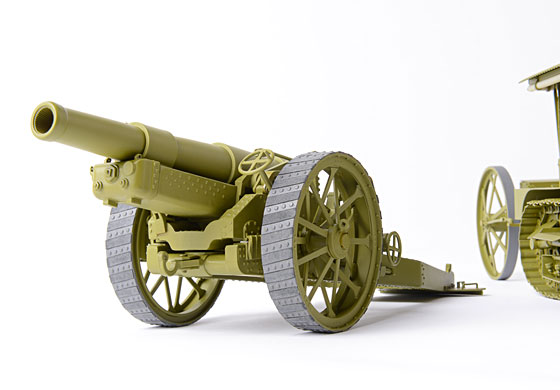 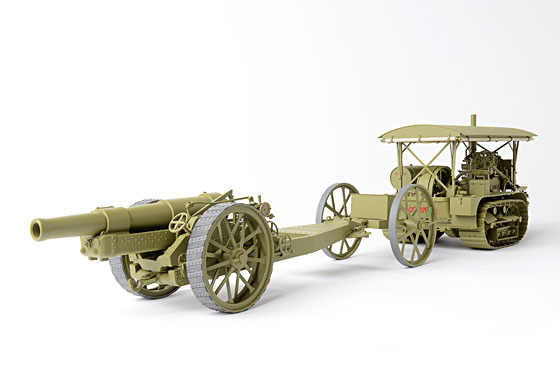 Honoring the original machine and howitzer combination, each of these model sets is hand-assembled from hundreds of pieces and hand painted in period military colors. All the features of the real Holt 75 tractor have been replicated in exquisite detail, from control levers to engine bolts. The Vickers Mark VI howitzer, created from drawings drafted by CCM from historical records, has the same level of attention to detail with its bolt-studded carriage, brake gear, adjustment wheels – including rifling of the barrel. Almost everything is articulated from the traverse and elevation, rolling wheels, recoiling barrel to the working breech. All models are individually serial numbered.

Includes a signed and serial-numbered Certificate of Authenticity.

The advent of track-type tractors such as the Holt 75 during World War I provided the Allies with a dependable and powerful way to move munitions and provisions across the difficult and sometimes near impossible battlefields of Europe. With its 75 hp gas engine and endless-track propulsion it was able to move large field pieces such as the Vickers Mark VI howitzer far faster and further than a team of horses or mules. Firing an 8-inch round this artillery piece’s effectiveness was greatly enhanced by the mobility provided by the tractor. By war’s end, thousands of these units were being used by the Allied forces. In concert, these machines were instrumental in bringing an end to the conflict.