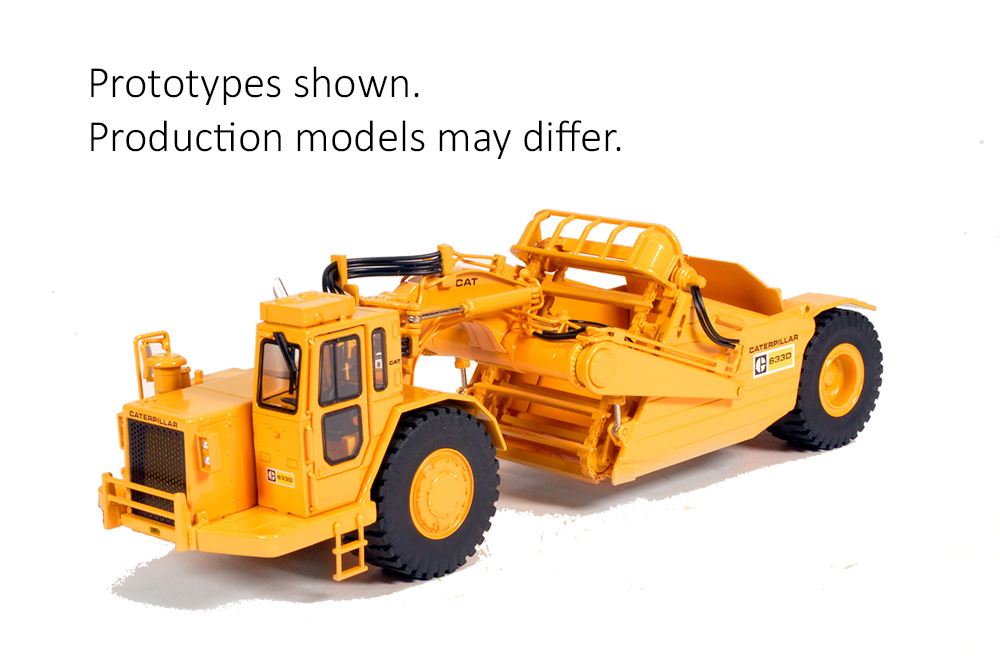 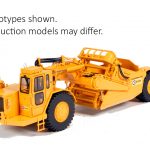 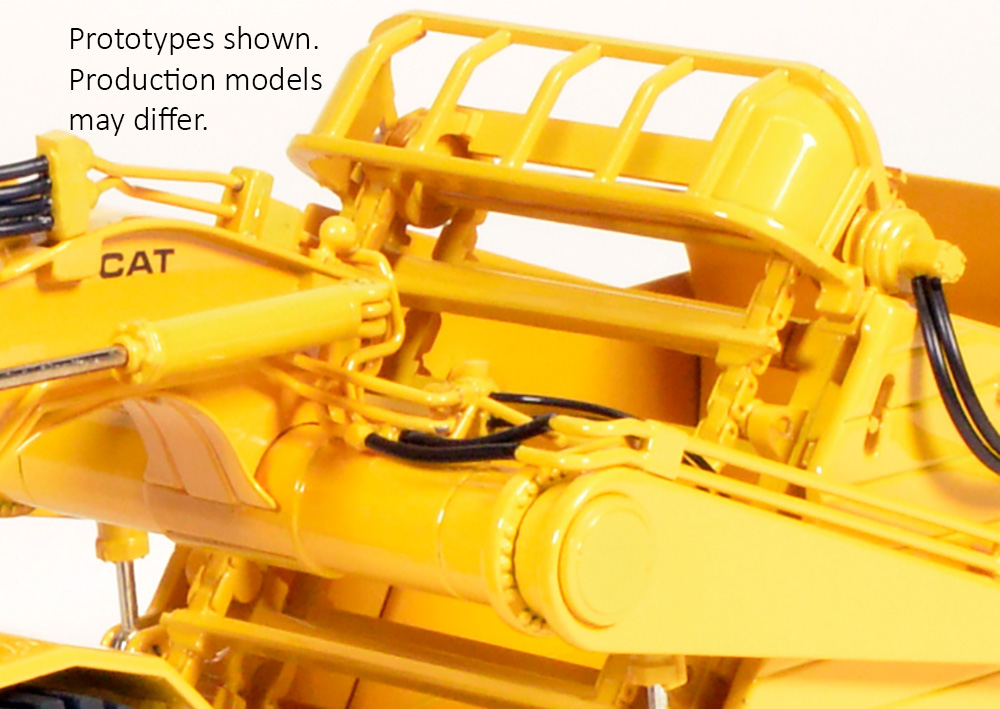 Introducing the latest model to join the ever-expanding collection of CCM die-cast replicas, the Cat 633D in 1:48 scale.  Features and details worth noting on this model include:

In 1975, the single engine Cat 633D Elevating Scraper was introduced as a replacement to the 633C.  With an all-new tractor design, including a turbochraged 3408T diesel engine, the 633D is capable of producing 450HP at the flywheel.

Equipped with an 8-speed transmission, the 633D is capable of top speeds of up to 30 MPH.  The integrated cushion hitch absorbs shocks from haul roads, allowing for higher speeds and a faster cycle time.  With 13 flights, the elevating scraper is equipped with a variable speed torque converter which matches ground speed to loading conditions.

The ejection system, which is unique to the 633 & 639D, allows the entire floor to pivot back and up, away from the fixed cutting edge.  A fully articulated gooseneck allows for 90° steering in either direction, resulting in maximum maneuverability.

Operator comfort and efficiency were prioritized on these machines with a sound-suppressed ROPS cab, as well as excellent visibility forward, sideways, and to the cutting edge.  Conveniently located controls allow the operator to maintain maximum productivity, while the cushion hitch smooths out scraper bounce. 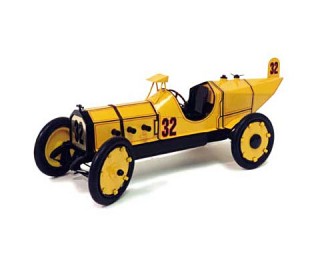 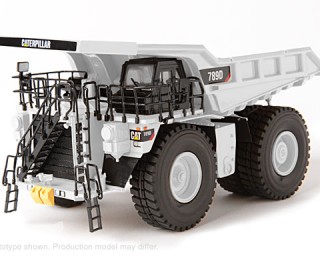