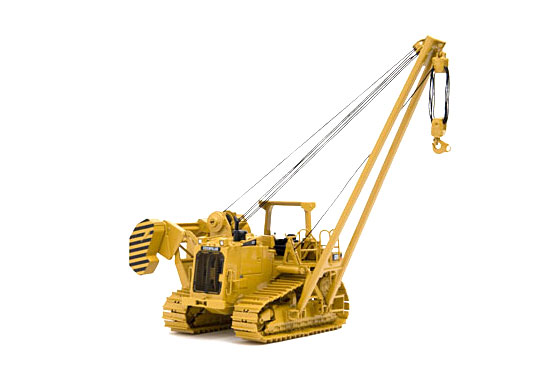 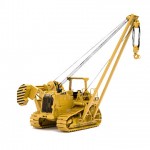 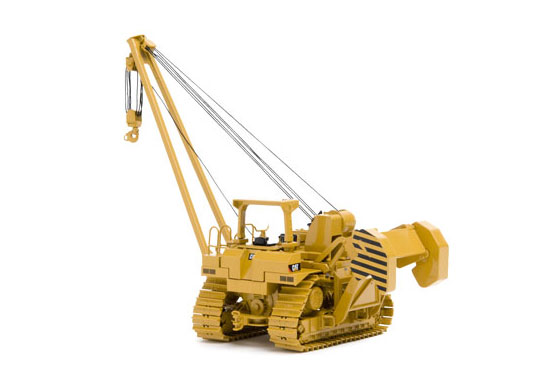 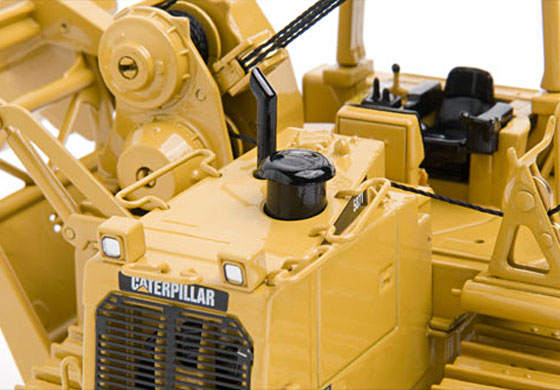 Our 1:48 scale die-cast 587T pipe-layer has a high level of detail, including individually linked, spring tensioned, all metal tracks, functioning boom and load block winches and a detailed operators station. It’s hard to believe the model includes features like the hydraulic motor driving the engine fan that can be seen behind the front grill, bolt heads on the tracks and even markings on the gauges for the operator. Even though it doesn’t tip the scales at 117,000 lbs. like the real machine we don’t think there will be any argument that this model is a true heavyweight champion.

The 587T was not only engineered for production in the toughest of environments but also reliability. The 366 flywheel horsepower allowed this beast to lift more than 100 tons and rugged components ensure little downtime in the harshest of working environments. Developed from the proven D8T, the 587T components are constructed from HTS steel using the latest automated weld and fabrication techniques. Undercarriage and running gear have been optimized for the pipe laying environment. With fully hydraulic drawworks, hydraulic disc brakes and infinitely variable speed, the machine’s operation is smooth and precise. 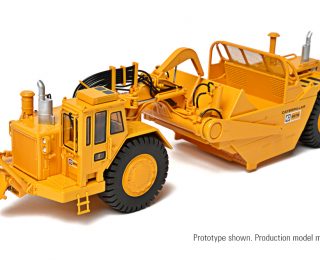