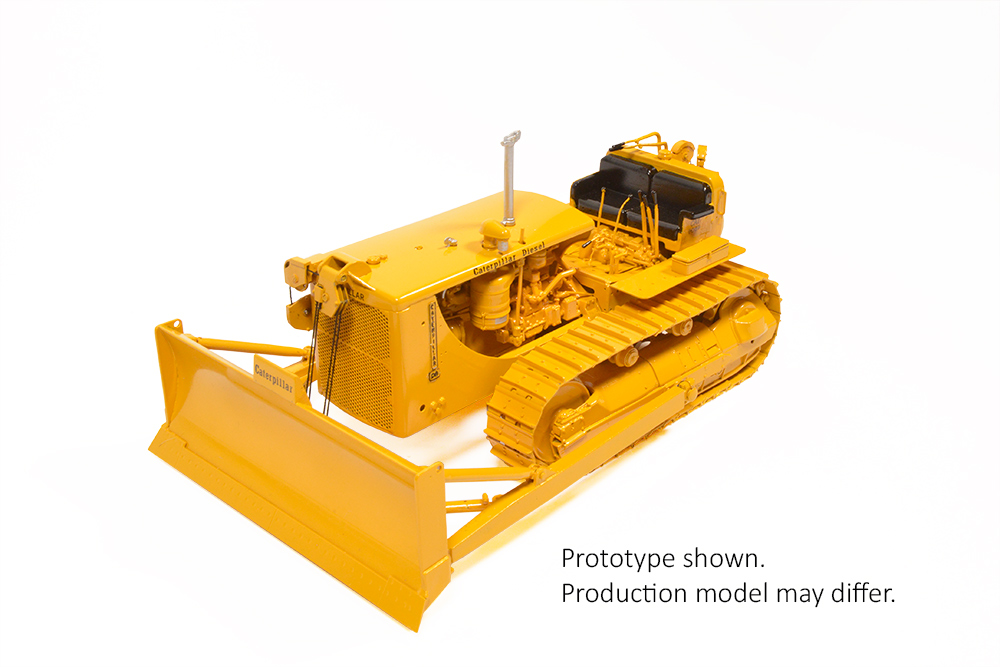 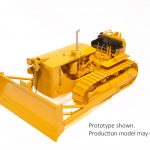 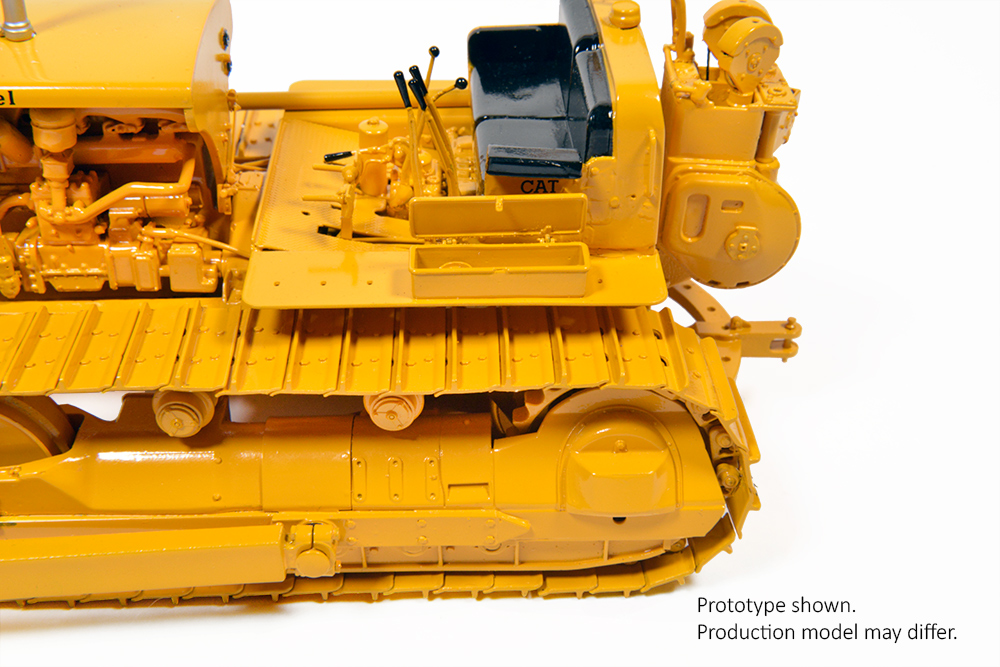 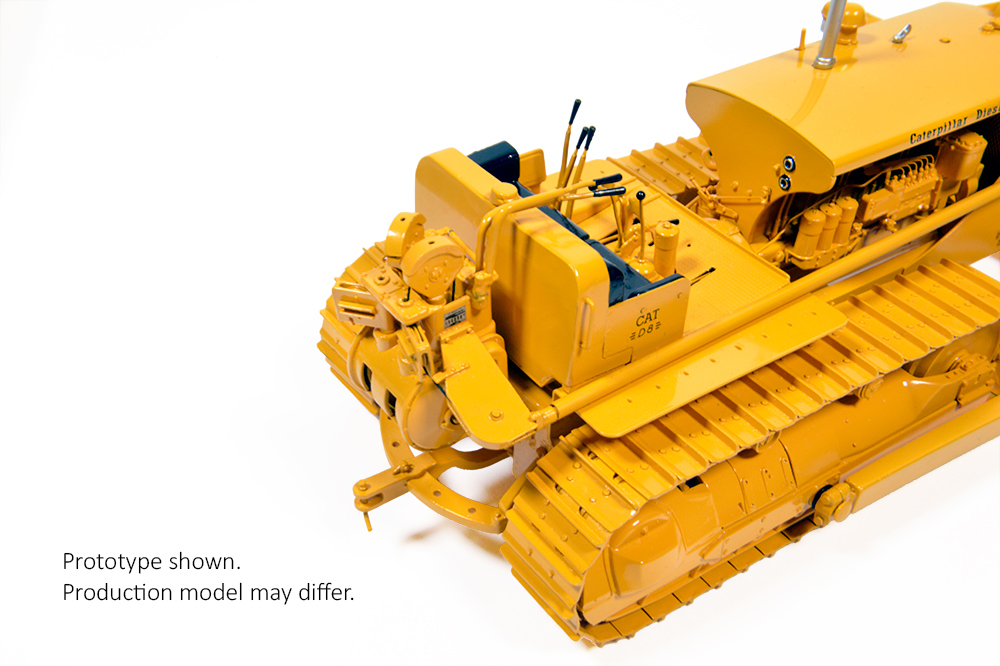 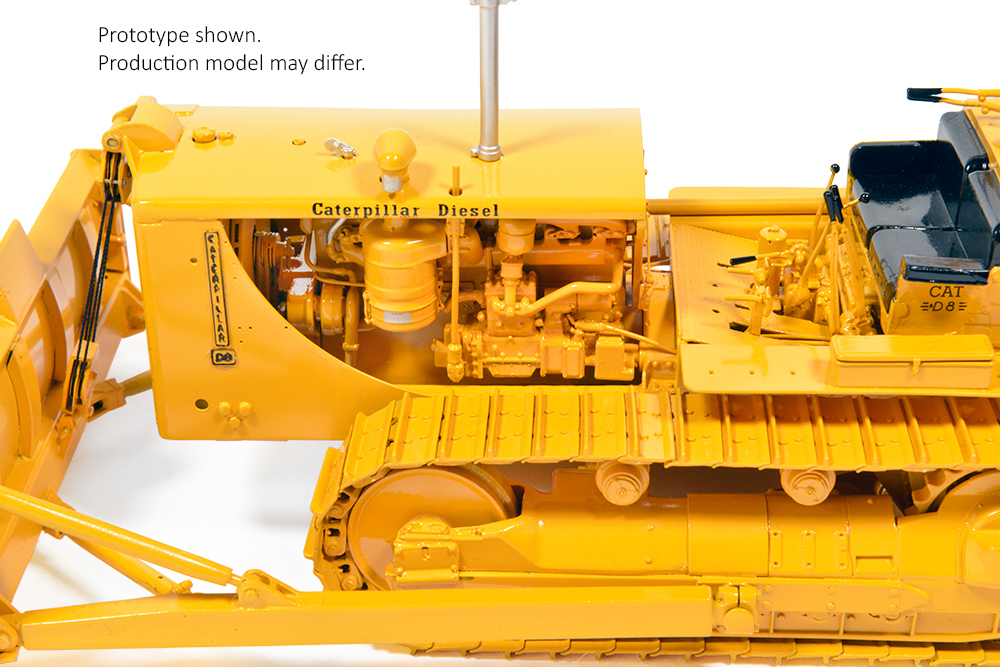 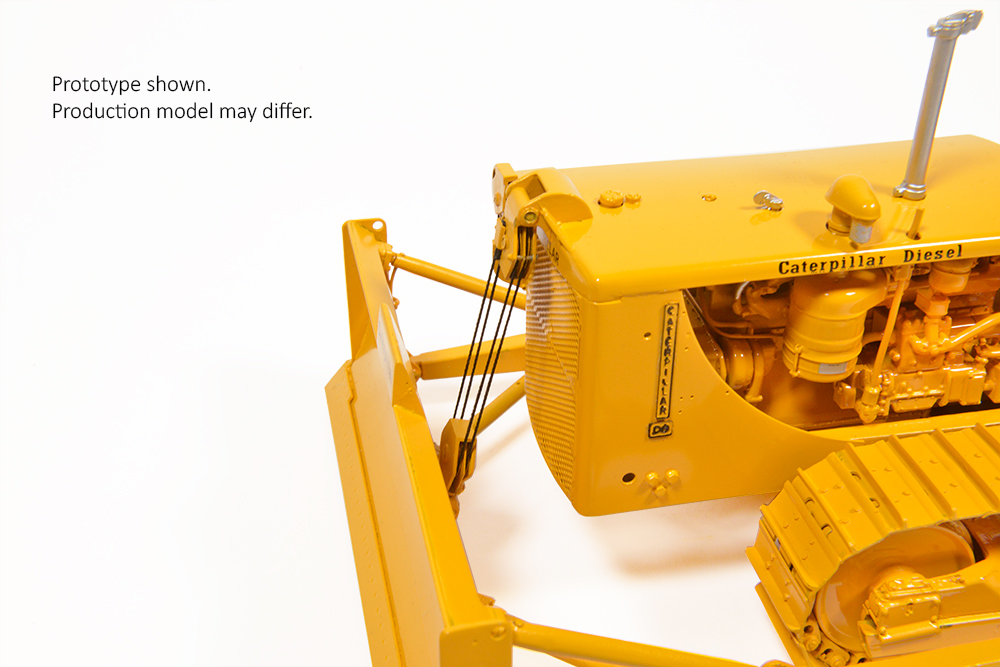 Announcing the latest model to join our ever-expanding collection of museum-quality replicas, the D8 2U from brass in 1:24 scale.  Standing at approximately 9.6″ long x 5.6″ wide x 3.6″ tall, this highly-detailed model will capture the attention of Caterpillar enthusiasts and scale model collectors alike.

Areas of exceptional detailing include the operator’s stations, complete with foot pedals and control levers as well as an accurately depicted instrumentation panel.  An open engine bay will reveal even more details to the observant as minute as fuel injectors, oil and fuel lines and pulley belts which adds to the realistic appearance.

Attached to the front of this machine and controlled by the No. 24 Cable Control system is a 5.6″ wide 8S straight blade.  Mounted on the rear is the No. 25 Double Drum Cable Control.

The undercarriage of the model consists of individually linked, free-rolling tracks wrapped around drive sprockets and idlers.

Each one of these incredible scale reproductions is hand-crafted from hundreds of perfectly reproduced parts, painted in period correct colors with markings and warning labels providing the finishing details – all of which has been approved by the manufacturer for accuracy.

Introduced immediately after the 2nd World War in 1945, the D8 2U was a replacement for earlier RD8 tractors and is one of the most popular track-type tractors in the Caterpillar® lineup based on overall sales.

Many refinements were made to the D8 2U over the previous RD8, including an increase in horsepower to 144 drawbar HP.  With the introduction of the 2U, Caterpillar also began offering their own attachments, although at this time other manufacturer brands could still be specified by the customer.

The water-cooled, Caterpillar D13000 diesel engine was started by a separate, 24 horsepower gas engine ‘pony motor’.  A constant mesh helical gear transmission was utilized, and featured a quick-reverse which allowed the operator to quickly shift into reverse with the flip of a lever.

The D8 2U also featured an improved undercarriage and could maintain full power to the tracks during tight turns, track oscillation allowed for full traction to the ground, and final drives which are protected against dust and water by automatic seals. 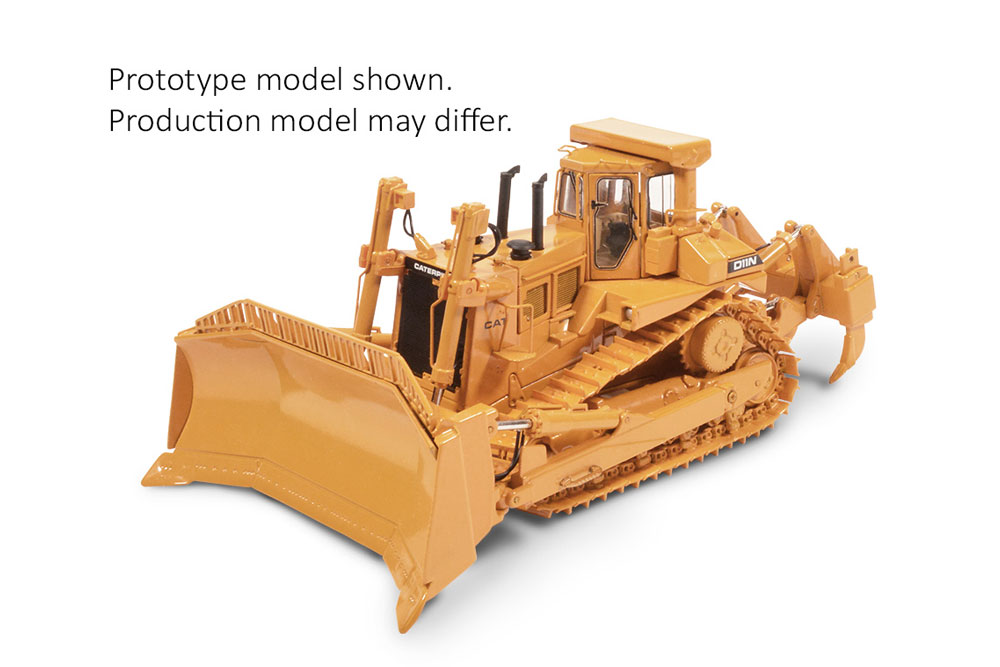