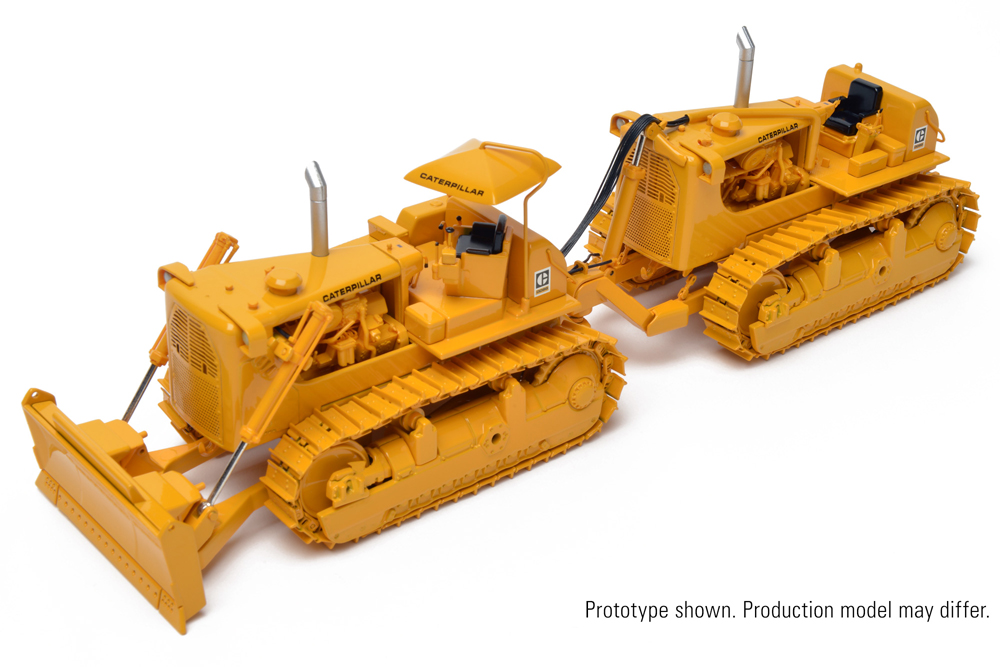 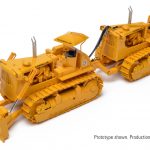 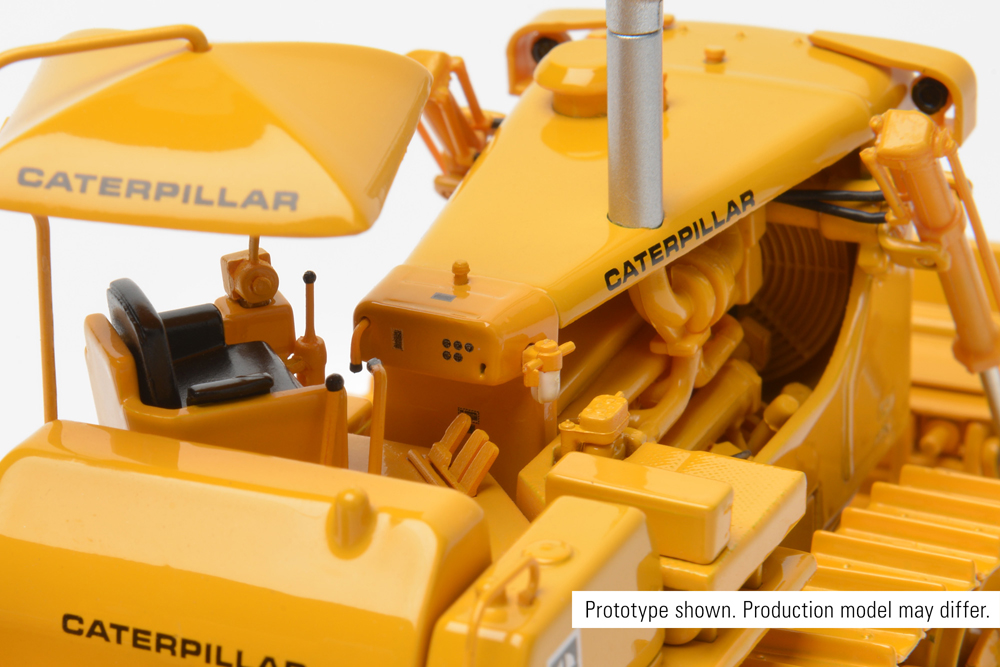 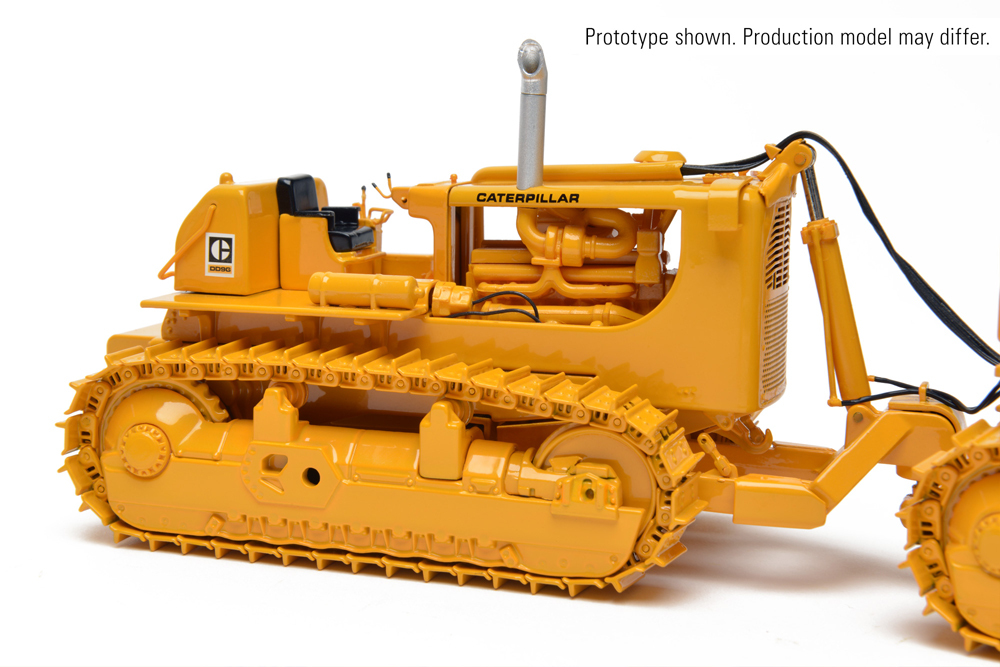 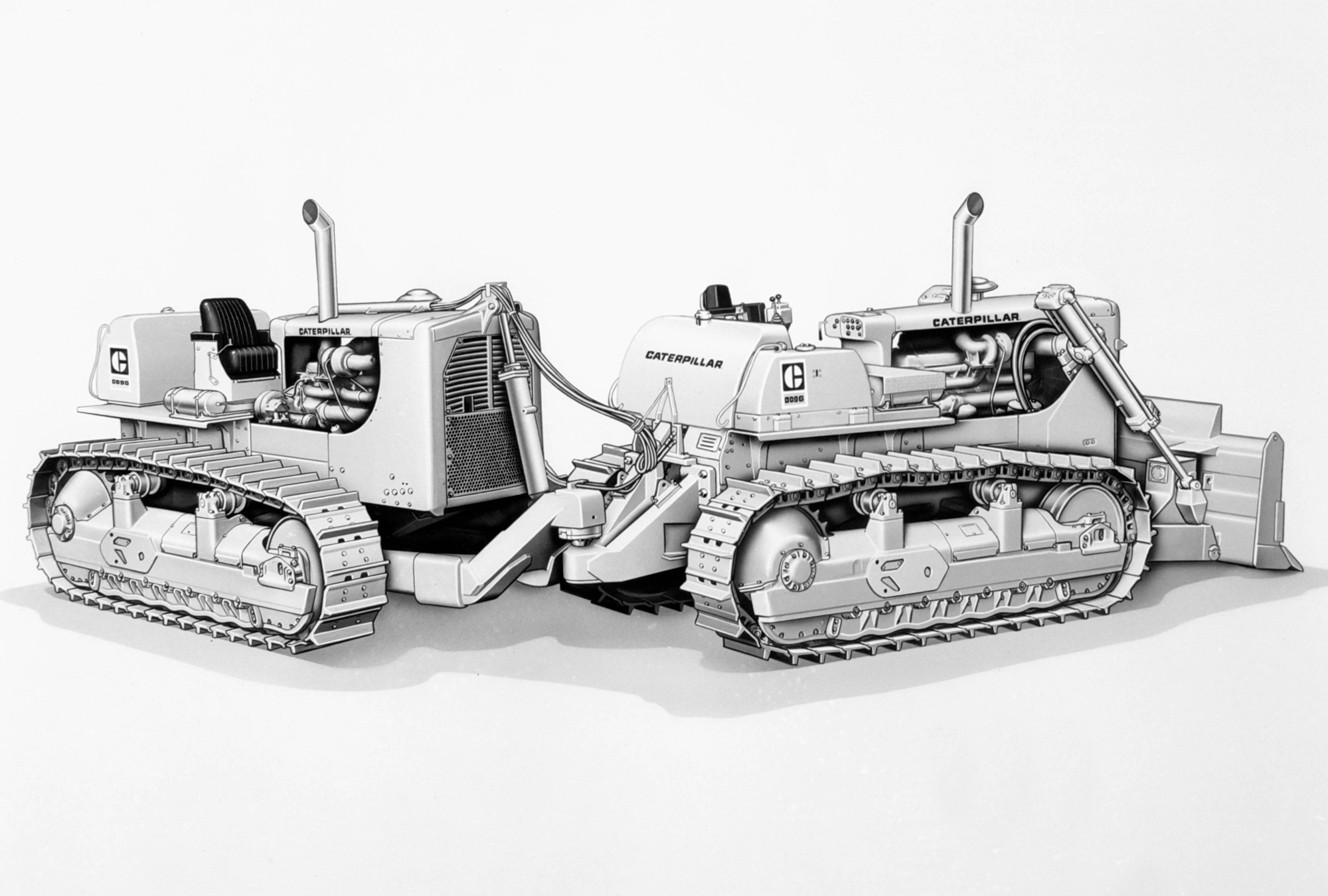 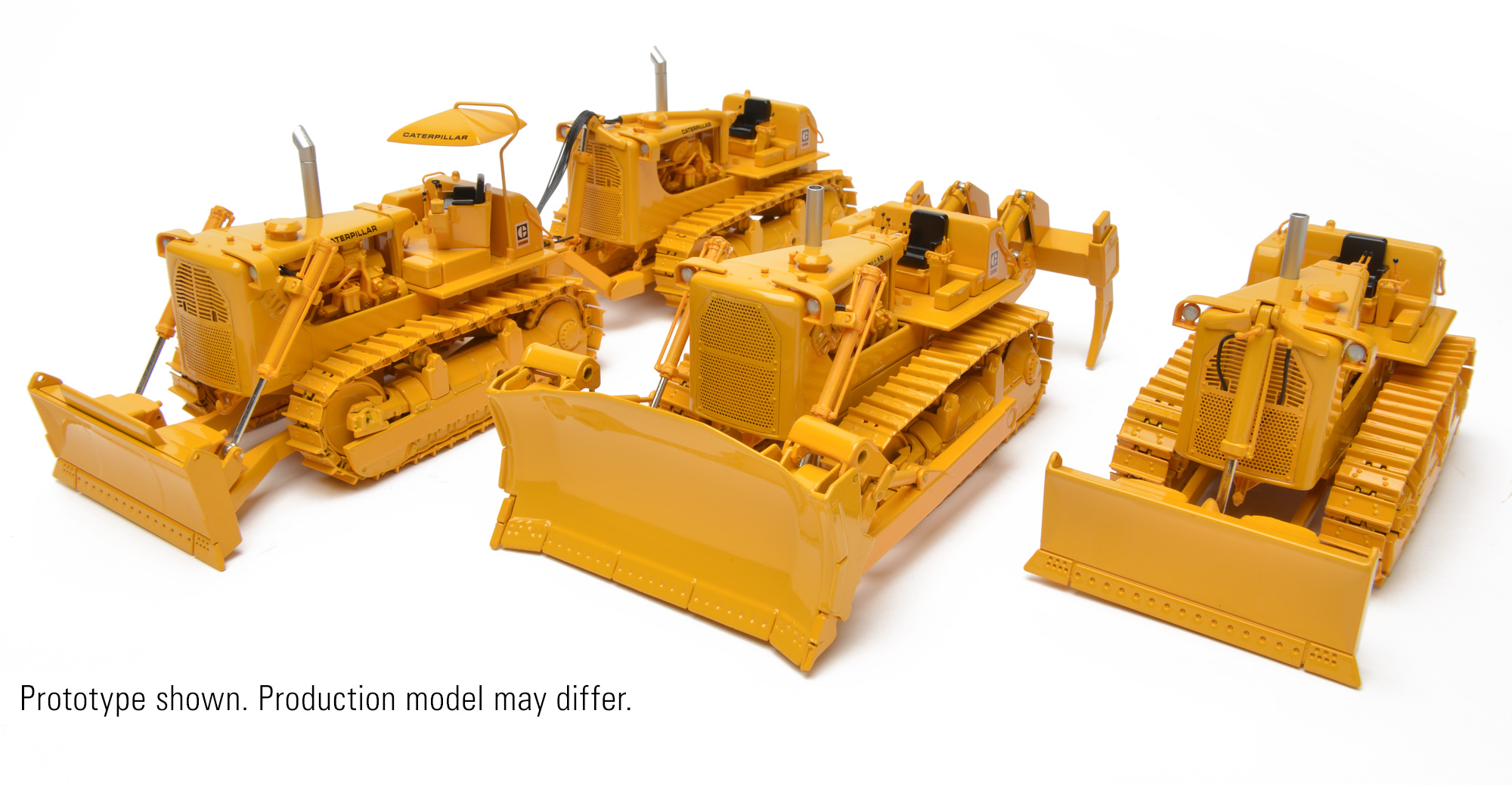 Joining the ranks of our ever-expanding collection of 1:48 scale, die-cast models is the Cat D9G Track-Type Tractor produced in 3 configurations.  Standing at just over 2.25″ tall, 10.5″ long, and 2.5″ wide, this configuration features Dual D9 Tractors with a 9C Cushion Blade.  Exceptional detailing on this model includes:

Introduced in 1961 as a replacement for the Cat® D9E, the D9G was the largest dozer produced at the time of it’s introduction.  With a wide range of tools and attachments, the D9G was one of the most powerful, productive, and versatile machines in the Caterpillar® lineup.  Some of the most notable uses of the D9G were for push-loading scrapers, although it could be equipped with rippers, one of several types of blades available, or configured as a DD9G with Dual D9 Tractors in tandem for use in a wide variety of applications where the full power of two tractors was needed.

Originally patented by Buster Peterson (Peterson Tractor Company), the DD9G utilized two D9 tractors simultaneously through the use of air controls, allowing control of both tractors by one operator in the front tractor.  Impressed by the design and increased performance, Caterpillar purchased the patent rights and began manufacturing the DD9G in 1968.  This configuration remained in production until the introduction of the D10 in 1977 moved the cost advantage back to single tractors. 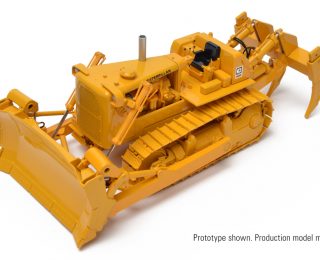 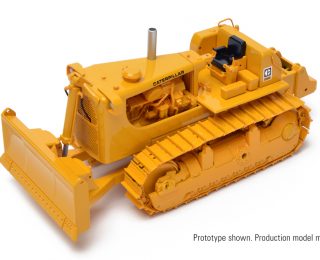