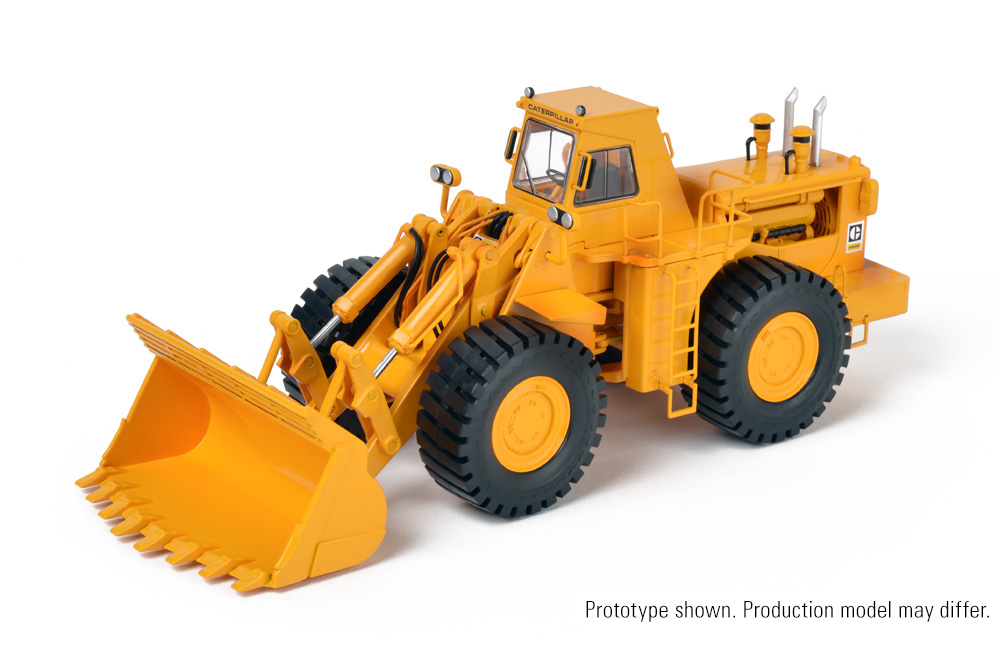 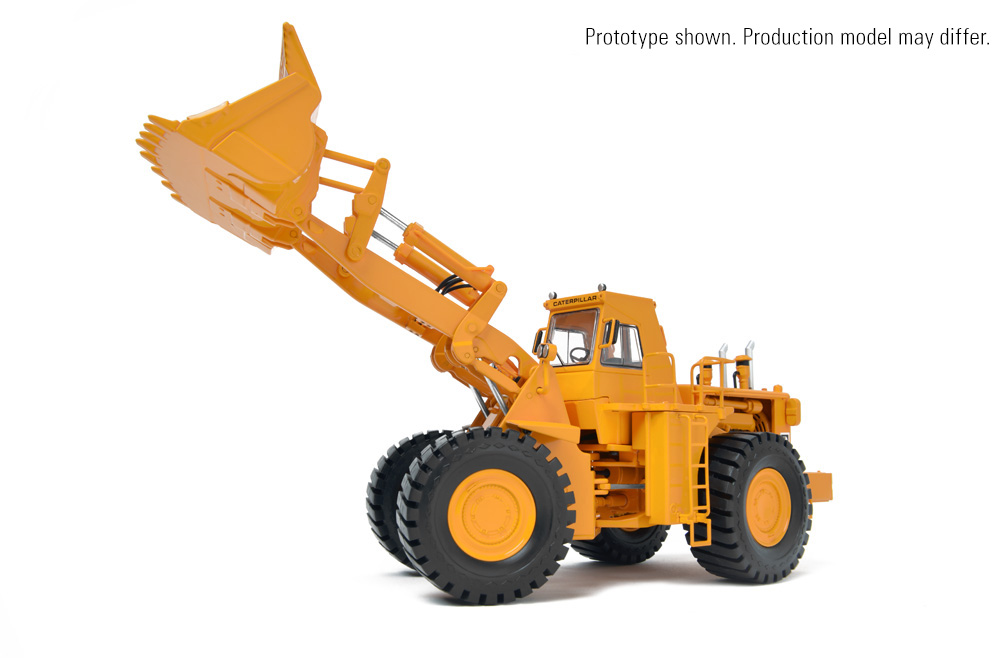 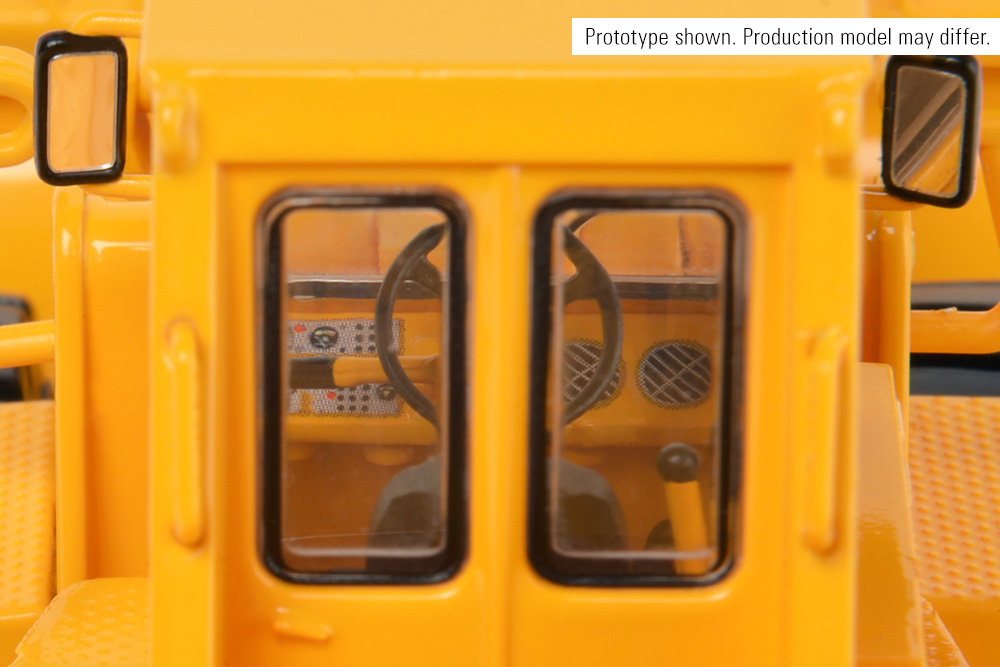 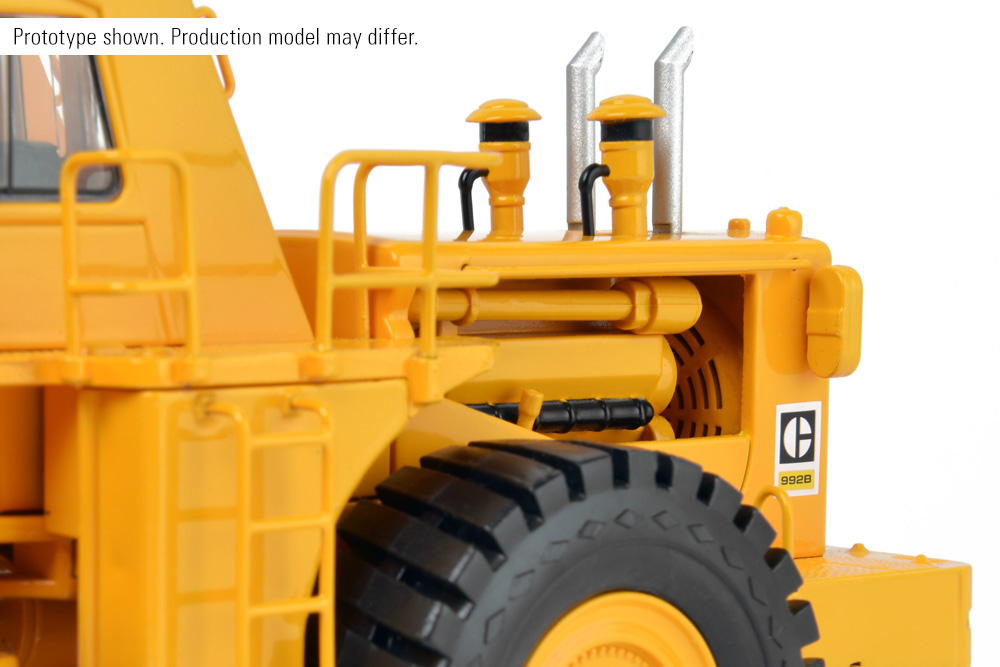 Announcing the next addition to our growing family of 1:48 scale die-cast models, the Cat® 992B will be produced in a limited edition, one-time production run by Classic Construction Models.  Features and details of note on the model include:

In 1968, Caterpillar introduced the largest wheel loader of its time, the 992.  Nearly doubling the productivity of the next smaller wheel loader, the 988, the 992 provided an alternative to crawler shovels in excavating and loading applications.  The successful 992 was upgraded to the 992B in 1973, however power and capacity remained unchanged.  Utilizing a D348 Diesel Twin Turbo engine producing 550 flywheel horsepower with a capacity of 10 cubic yards, the 992B was capable of top forward speeds of 23.9 MPH and up to 25 MPH in reverse.

The main frame and loader tower was redesigned for the 992B, featuring a box-section design to withstand both bending and twisting forces while distributing stress evenly.  The four-plate tower provides maximum strength with minimal weight, ensuring dependability against shock loads and stresses encountered during loading.  The rolled steel plates, which straddle-mount the lift cylinders, eliminate cantilever-mounting stresses and provide protection to the lift cylinders.

With 70° of center-point articulation, the 992B remains maneuverable while maintaining its stability.  Joined together by two large diameter pins made from hardened steel, the articulation joint is capable of absorbing horizontal and vertical stresses, minimizing the transfer of shock loads from frame to loader tower. 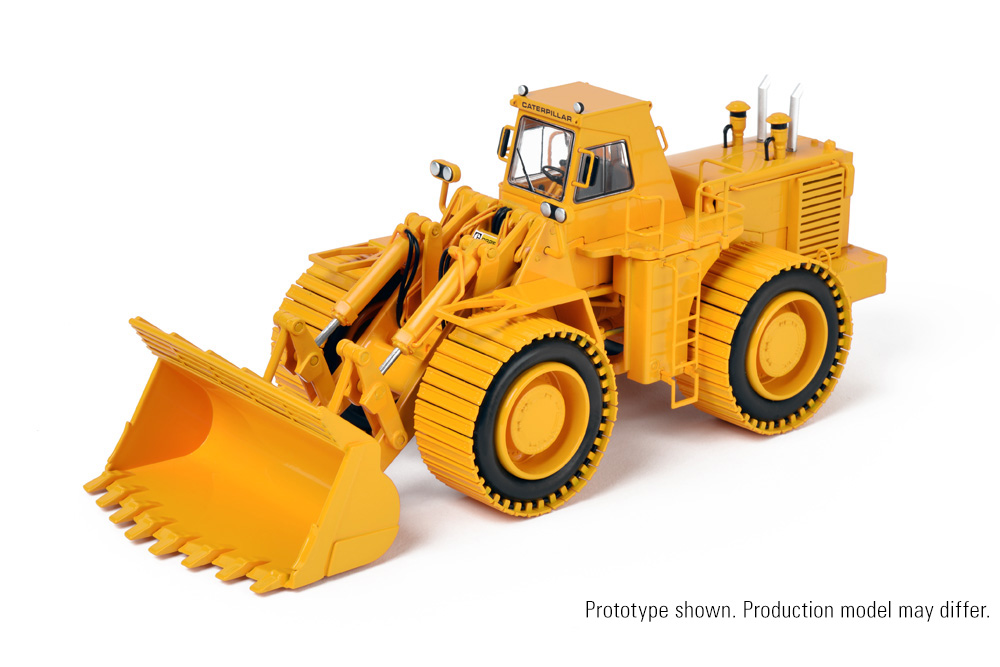