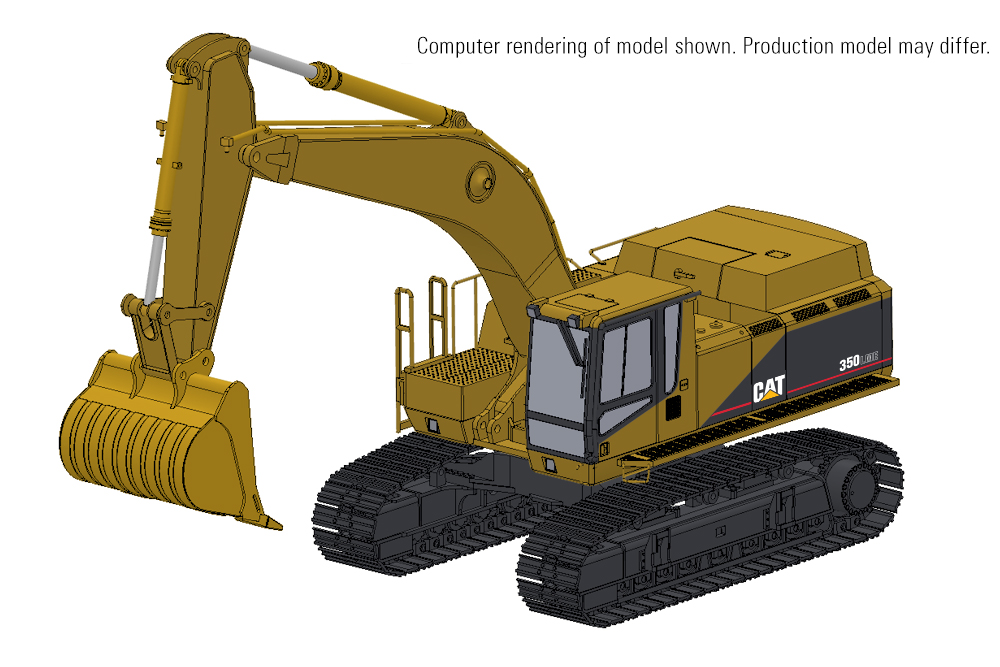 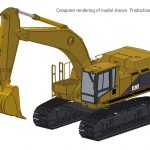 This model has not yet been released.
Price TBD

Introducing the newest model to join the CCM collection of die-cast replicas, the 350L Mass Excavator in 1:48 scale.  In shipping position, this model measures approximately 9.7″ long, 2.7″ wide with tracks retracted, and 3.2″ tall.  Notable features and areas of extensive detailing on this model include:

Introduced in 1993 as a replacement for the 235D, this 50-ton machine pushed the limits of production to a newer high, redefining what could be expected from an excavator of this size. Designed for high production applications, the 350L was purpose-built with the choice of either a Reach or Mass Excavator boom and 3 stick options for each boom.

Powered by a 3306 ATAAC air-to-air aftercooled diesel engine producing 286 HP at the flywheel, this machine realized between a 12-32% cost advantage over the 235D due to faster cycle times and better fuel efficiency, while increasing bucket capacity up to 16%.

Equipped with a Mass Excavation Boom and M2.4G Stick for high-production excavation and loading applications, the 350L ME moves material faster and more efficiently by maximizing stick and bucket forces. 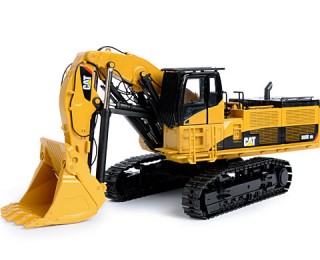 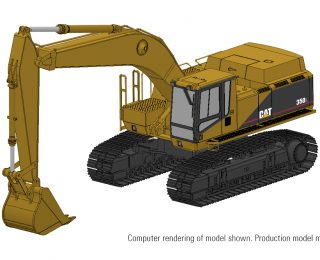 This model has not yet been released.
Price TBD